Toyota remained firmly on top in the second three-hour practice session for the 2020 Le Mans 24 Hours, which was interrupted twice by heavy accidents. 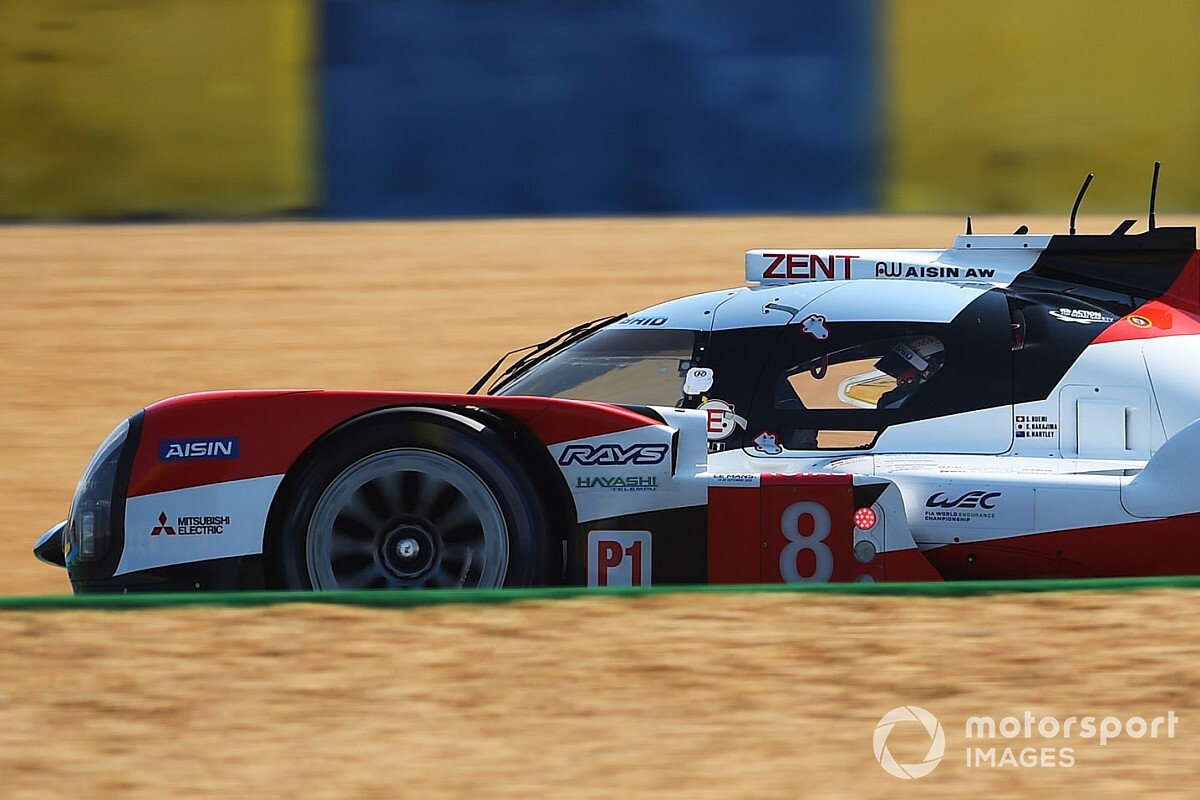 Both Toyota TS050 Hybrids were initially hovering around the 3m21s mark until Sebastien Buemi fired off a lap of 3m19.719s in the #8 car just before the two-hour mark. Buemi’s time was nine tenths clear of the #7 sister car, which was second-fastest courtesy of Mike Conway's late 3m20.611s.

Nathanael Berthon put the #3 Rebellion R-13 in third, 3.456s removed from Buemi’s benchmark. The lone #4 ByKolles entry was fourth in class, but slower than the leading LMP2 car, Tom Dillmann clocking a 3m27.304s at the start of the session.

Rebellion’s #1 car was stuck in the garage for most of the session to complete an engine change.

It took until the final hour for the competition to catch up to the Dutchman, Will Stevens clocking a 3m28.011s in the #37 Jackie Chan DC Racing Oreca. But De Vries then put the Dutch team further out in front with a 3m27.185s in the yellow machine.

Aston Martin looked set to continue its clean sweep in GTE Pro until Michael Christensen overhauled Alex Lynn’s time to go fastest in the #92 Porsche RSR-19. Christensen set a time of 3m52.783s in the final 20 minutes of the session, bettering Lynn’s benchmark in the #97 Aston Martin Vantage by more than half a second.

Gianmaria Bruni was third in the #91 Porsche, followed by Toni Vilander in the #63 WeatherTech Racing Ferrari and James Calado in the #51 AF Corse Ferrari.

In GTE Am the #98 Aston long remained on top by virtue of Augusto Farfus’ early laptime of 3m55.167s, until Come Ledogar bettered the Brazilian’s time with just 10 minutes to go in the #61 Luzich Ferrari.

Ledogar was then overhauled himself by Matt Campbell in the #77 Dempsey Proton Porsche. The Porsche works driver lowered the benchmark to 3m53.961s, which was the fifth-fastest time of any GTE car.

The session was red flagged twice for heavy crashes, each involving an IDEC Sport LMP2 car. Just before the one-hour mark Paul Lafargue hit the barriers coming out of the second chicane in the #28 IDEC Sport Oreca.

An hour later, teammate Dwight Merriman crashed heavily coming out of the Porsche Curves in the #17 sister car, meaning the French team is facing an uphill battle to get ready for Thursday afternoon’s first 45-minute qualifying session.

The fastest six cars in each class from that session will progress to Friday’s Hyperpole shootout.