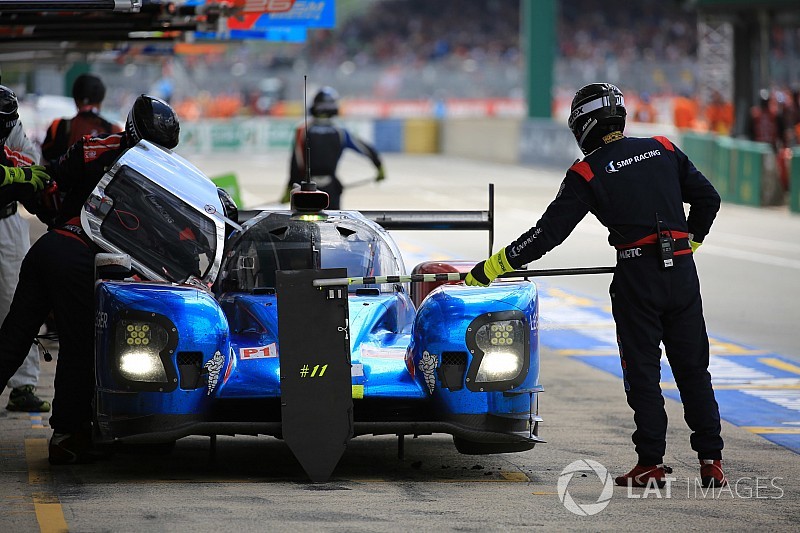 Ex-Formula 1 driver Jenson Button admits that this year's Le Mans 24 Hours came "six months too early" for the SMP Racing LMP1 squad, after his race was plagued by reliability issues.

The 2009 F1 world champion explained that he was content with the pace of the Russian entrant's BR Engineering BR1 in between electronic problems early on and its late retirement with engine failure.

Button said the performance of the BR1 was encouraging for the remainder of his campaign in the 2018/19 FIA World Endurance Championship superseason.

"When the car was running, it was running well," he told Motorsport.com after his WEC race debut.

"I was really happy with the stints that I did and the times we did, even though we spent three hours in the garage at the start of the race and had the disappointment of retiring at the end.

"The project is still very young and Le Mans probably came six months too early for us, but the performance we showed bodes well for the future."

A sensor issue on the AER-powered BR1 Button is sharing with Vitaly Petrov and Mikhail Aleshin in the 2018/19 WEC superseason resulted in the extended three-hour pitstop interspersed with one slow lap.

The sister car driven by Stephane Sarrazin, Matevos Isaakyan and Egor Orudzhev battled with the third-placed Rebellion-Gibson R-13 for more than seven hours before Isaakyan crashed out.

Dallara's BR1s both lapped within a second of Rebellion Neel Jani's privateer LMP1 best during the race.

An SMP Racing spokesperson said the Russian team was "happy" with its performance and was "confident" that the #17 car could have finished on the podium if not for Isaakyan's crash.

The spokesperson also highlighted that the #11 car was able to gain three of its lost laps back on the Rebellion cars between the fourth and 22nd hours of the race before retiring.

Button added that he enjoyed his Le Mans debut, having missed out on racing in the Spa WEC opener due to clashing commitments with Honda in Super GT.

"It was such a lovely experience; I really enjoyed doing Le Mans for the first time," he said. "I was lucky that I got to drive at sunset and sunrise."