Jose Maria Lopez pulled away from teammate Kazuki Nakajima to put the #7 Toyota some 80 seconds clear of the sister car as the Le Mans 24 Hours reached two-thirds distance. 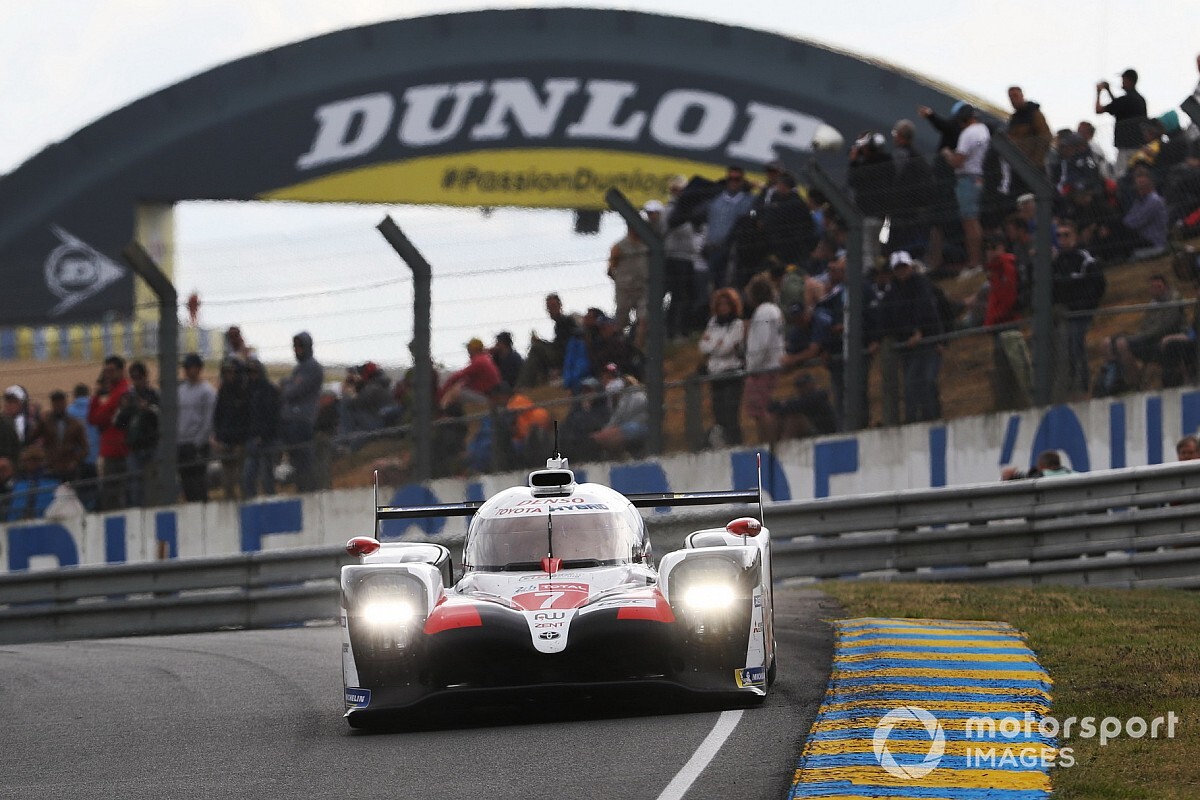 Fernando Alonso took over the #8 Toyota TS050 Hybrid from Sebastien Buemi just after the halfway mark but the two-time Formula 1 World Champion’s stint was blighted by a door that needed replacing which cost him an extra 26sec, and he also lost time to teammate Kamui Kobayashi thanks to a slow zone.

After 15 hours, with multiple World Touring Car champion Lopez now driving the #7, the pair had completed their 21st pitstops of the race and ran 63sec apart, three laps ahead of the #3 Rebellion Racing R-13 of Thomas Laurent who was 1min45 ahead of Mikhail Aleshin in the #11 SMP Racing BR Engineering BR1. The second Rebellion car driven by Neel Jani ran eight laps behind.

Alonso spent 3h15min at wheel before handing over to Nakajima at the 15h20min mark. After their 22nd stops, Lopez led his teammate by 69sec, while after a full-course yellow for a spinning GTE Am Porsche, the gap was extended to 80sec.

The ByKolles ENSO CLM P1/01 retired at 4am with a shifter issue, joining the DragonSpeed BR1 on the sidelines and reducing the car count in LMP1 to five.

Anthony Davidson (DragonSpeed Oreca) was passed for third by Jackie Chan DC Racing’s Stephane Richelmi but sadly there was also bad news for the Jota-run team, as its other car, with Ricky Taylor at the wheel, had to retire with gearbox failure.

In fifth, therefore, ran the TDS Racing Oreca in the hands of Loic Duval, while in sixth was the top Ligier of United Autosports, steered by Filipe Albuquerque.

The sister United car has suffered alternator issues, and then when Alex Brundle was at the wheel, a sudden tyre deflation in the 16th hour sent the car into a high-speed spin, and then a low-speed limp to the pits.

The gap between G-Drive and Signatech was down to 90sec as the race completed its 16th hour with Aubry a similar distance behind in third.

The #51 AF Corse Ferrari then driven by Alessandro Pier Guidi moved into the lead in the 13th hour when the class-leading #92 Porsche 911 RSR, driven by Kevin Estre, made a 20min pit stop for a new exhaust and new brakes.

The Ferrari 488 was then left 80sec clear of the fight between the #93 Porsche of Nick Tandy and his #91-mounted teammate Gianmaria Bruni.

These two were chased by Antonio Garcia in the Corvette C7.R and three Ford GTs.

After 15 hours, James Calado in the Ferrari was still leading but had had his lead whittled down to 19sec by Richard Lietz in the #91 Porsche, with Jan Magnussen a further 20sec back in the #63 Corvette.

Approaching the completion of the 16th hour, Westbrook had to pit the #69 Ford for a new radio, and fell to seventh in class.

AF Corse’s class-leading Ferrari fell to fourth at the top of the hour after being first to pit but Lietz, Magnussen and Pilet were all expected to pit imminently.

The Keating Motorsports Ford GT continued to run well clear of its closest opposition in GTE Am, which at the 14th hour changed as the TF Sport Aston Martin Vantage piloted by Euan Hankey spun into the sandtrap at Mulsanne corner.

By the time Hankey was dragged out, headed to the pit and sent on his way again he had dropped outside the top five.

That allowed JMW Motorsport’s Ferrari 488 into second with Jeff Segal at the wheel, but he was well over a lap behind, chased by Egidio Perfetti in the Team Project 1 Porsche 911 RSR.

WeatherTech Racing’s Ferrari, driven by Rob Smith, was up into fourth ahead of Matteo Cressoni’s Clearwater Racing Ferrari.

Ben Keating, who needed to run five of the last 9.5 hours to fulfill his minimum drive time, took over the beautiful purple Wynn’s Ford just after 5.30am, which was supposedly the chance for pursuers to make inroads. But the Texan was immediately matching the laptimes of his immediate pursuers, Perfetti, Segal, and the Clearwater Racing Ferrari of Matt Griffin, and was barely slower than Toni Vilander in the WeatherTech Ferrari 488.