The Le Mans Series at Imola – a historic first!

Two months after the Spa-Francorchamps 1000 Km, the next round of the Le Mans Series will take place on the Imola circuit in an event lasting 6 hours. Teams and drivers, some of whom recently competed in the Le Mans 24 Hours, will race in the third round of the season hoping to end the first half of the year on a high note. Before the summer break, they will all be out to make up for points lost at Le Castellet or on the Spa-Francorchamps circuit, or to add to those scored in the opening rounds in the spring. 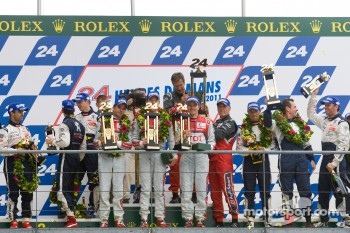 While the championship often visited Monza between 2004 and 2008, it is the first time that Imola, the track in the Emilia Romagna region, will host a Le Mans Series event. The Autodromo Internationale Enzo e Dino Ferrari used to be a regular fixture on the F1 World Championship calendar. This year it will be the theatre of a race between cars built specially for endurance.

Peugeot and Audi, which just fought an epic battle at Le Mans, will lock horns again in this 6-hour race with two 908s and two R18 TDIs. The French and German makes, which demonstrated bullet-proof reliability in the Sarthe, will go at it hammer and tongs on a more technical circuit. The duel between the two most advanced cars in the world of endurance promises another bout of spectacular on-track action.

In the same LM P1 category, the Pescarolo Team will again be up against Rebellion Racing. While the French squad has beaten its Swiss rival twice since the start of the 2011 Le Mans Series, Rebellion Racing scored a telling result at Le Mans where it was the first of the petrol-engined cars. Rebellion will also enter two Lola-Toyotas as against a single Pescarolo-Judd for Henri's squad.

In LM P2, Strakka Racing, Boutsen Energy Racing and Greaves Motorsport are running neck and neck. The latter won at Spa, and again a few weeks later in the Le Mans 24 Hours, so the British outfit will arrive in Imola with its morale at an all-time high. A thrilling battle looks on the cards between the thirteen cars entered in a category that always throws up its fair share of surprises! 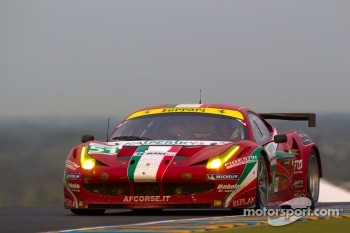 After a two-year break, the Le Mans Series is back in Italy and the home outfits are out to make the most of this opportunity. Mik Corse is competing in LM P1with its Zytek 09, and AF Corse has entered Ferrari F458 Italias in LM GTE Pro and a Ferrari F430 in LM GTE Am. Both are hoping to shine on home turf in front of their fans. AF Corse, leading the teams' classification in both GTE categories, is determined to continue its winning streak on home turf.

In Formula Le Mans, Pegasus Racing arrives in Italy with two victories to its credit. The French team that has reaped the rewards of its consistency will be out to extend its lead. Genoa Racing and Neil Garner Motorsport will try to take advantage of this race to close the gap in a closely-fought category.

In parallel to the Imola 6 Hours, several other categories will compete on the Italian circuit over the weekend of 1-3 July: Radical Masters, Speed Series, CER and Formula 2000 Light.

Video Inside
Other open wheel