Following a stunning debut podium finish in last month's 24 Hours of Le Mans, the next stop on Level 5 Motorsports' world tour is Imola, Italy, as the Scott Tucker-owned organization continues its chase for the coveted Intercontinental Le Mans Cup. 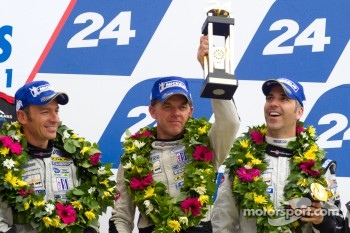 There could be no better backdrop for the fourth round of the global sports car championship than the Autodromo Enzo e Dino Ferrari circuit. Nestled in the heart of Northern Italy, the world-renowned 17-turn, 3.050-mile circuit has played host to the highest forms of motorsports, including the Formula One San Marino Grand Prix from 1981-2006.

This weekend, the world's best sports car drivers and teams will do battle in Ferrari country, including Level 5, which has pulled out all stops in its quest for top honors in Sunday's Imola Six Hours. After starting off the European season with a brace of Lola-Honda Coupes, the David Stone-led team has elected to run its Microsoft Office 2010-sponsored Lola-Honda Spyder at Imola.

The decision came after a series of regulation changes by Le Mans rules makers, the Automobile Club de l'Ouest, that have made their 2010-specification Coupe uncompetitive up against the likes of new 2011 LMP2 cars running in accordance to the new cost-capped rules.

With Level 5's Sebring class-winning Lola-Honda Spyder able to run a larger air restrictor, giving the 2.8-liter V6 twin-turbo engine an increase in power, along with a larger refueling hose restrictor that will considerably speed up pit stop times, there's high hopes that the revised package can deliver success. Level 5 currently sits second in the ILMC LMP2 Teams' Championship, only 18 points from the class-leading Oreca-Nissan entry.

"The recent rules change by the ACO that award cost-capped cars made it clear to us that the Spyder was the best car to run at Imola this weekend," Tucker said. "Our goal is to be competitive and to get as many points as possible while up against the dominating Oreca-Nissans and HPD chassis, which have set the early benchmark."

We all have to hope for the win

Tucker will again team with Christophe Bouchut and Joao Barbosa in the No. 33 Microsoft Office 2010-sponsored car, which was air-freighted to Europe after participating in the first two American Le Mans Series races of the year. It recently prepped at Level 5's European base near the Silverstone Circuit in the U.K., before making the journey south to Italy.

Bouchut, who last raced at Imola in a FIA GT Championship race in 2007, has fond memories of the circuit. One of them came in 2004 when he paced the field for the San Marino Grand Prix, the Frenchman's one and only race working as the F1 safety car driver.

"I'm sure the new car will help bring us closer to the competition, perhaps as much as one second quicker," Bouchut said. "We all have to hope for the win, but we know the level in LMP2 is quite high and we're running a new car. It will also be important to stay out of trouble, as traffic will be very important here, with nearly 50 cars on the circuit. I'm looking forward to it."

Barbosa also has experience around Imola, one of only a handful of counter-clockwise circuits in the world. The Portuguese star took part in various races here during his Formula 3 and Formula Ford days in the mid-'90s. And despite having a new car to come to grips with, Barbosa expects there only to be minor differences between the Lola Coupe and Spyder.

"The team has experience of the car from Sebring," Barbosa said. "I think a lot of things we've learned on the Coupe can be translated to the open-cockpit car. I don't think it's going to be a huge difference, other than not having a roof over our heads. We're definitely going to be better on power and hopefully be more competitive so we can help close the gap." 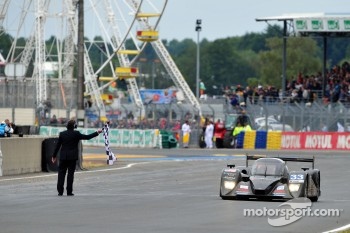 While it will be Tucker's first start at Imola, the three-time national driving champion won't be a complete stranger to the circuit when the ILMC competitors take to the track on Friday. He'll again participate in the SPEED EuroSeries double-header, driving the No. 55 Microsoft Office-2010-sponsored Ligier JS51, run by Horag Racing.

Two races are on tap for this weekend, a 90-minute enduro on Saturday, followed by a 45-minute sprint on Sunday morning. Tucker's last outing in a support series event, the Ferrari Challenge race at Le Mans, netted him a fourth-place finish in class and valuable mileage in race-like conditions.

"While I've never been here before, I believe my extra seat time in the SPEED EuroSeries will be very beneficial again," Tucker said. "I'm looking forward to it. Christophe and Joao obviously have experience at this track before, so they should be very helpful in helping get the team up to speed as well."

Practice at Imola kicks off on Friday with two 90-minute sessions, followed by a final 60-minute session on Saturday prior to qualifying at 14:25 CET (8:25 a.m. ET). The Six Hours of Imola, round four of the Intercontinental Le Mans Cup, gets underway Sunday at 12:00 CET (6 a.m. ET).

Eurosport 2 will carry live coverage of the race from 12:00-13:00 CET and 16:00-18:00, while radiolemans.com will have live, uninterrupted worldwide web radio coverage.