Having recovered from the injuries he sustained at Spa-Francorchamps in May Matthieu Lahaye will be back behind the wheel of the #15 OAK Racing LMP1 for the upcoming 6 Hours of Silverstone. The team will also welcome a new face at the British circuit, with Olivier Pla joining the #24 LMP1 crew alongside Jacques Nicolet and Alexandre Prémat. The latter returns to the team following his impressive performance at last month’s 6 Hours of Imola. 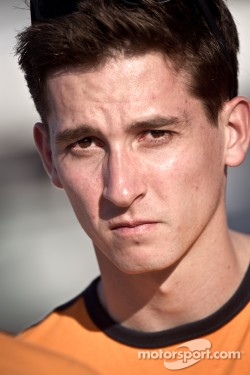 After an encouraging showing at Italian venue Imola OAK Racing is now preparing for the 6 Hours of Silverstone, which takes place at the historic British circuit on 11 September.

The team is currently in Barcelona for two days of testing. They will use their time at the Spanish track to confirm the modifications implemented after Imola and focus on set-up work ahead of Silverstone.

“Despite the break from competition in August, OAK Racing’s summer has been a busy one,” reported General Manager François Sicard. “At Imola we encountered some vibration issues that resulted in mechanical failures. We have since worked extremely hard to solve these and the tests are particularly important in this respect.”

Team Owner Jacques Nicolet added: “The objective for Silverstone is to rediscover the reliability that has been our strength since 2008. We need to follow up the performance we showed at Imola, where in both LMP1 and LMP2 our cars were very competitive in terms of raw pace.”

The Barcelona test will mark the return of the fit-again Lahaye to the #15 LMP1 machine. The Rennes-born driver will compete in the 6 Hours of Silverstone with his two regular team-mates, Guillaume Moreau and Pierre Ragues.

“We are delighted to welcome back Matthieu,” said Sicard. “He has remained closely involved with the team during his recovery. Having been our driver and, more importantly, a member of the OAK Racing adventure since the beginning, we welcome him back with great happiness.

“He returns in great physical shape, very determined to succeed and in fine spirits. Between the performance levels shown at Imola and the #15 having its original crew back together I believe that Silverstone can confirm the potential we have displayed all season.”

“Matthieu’s return is really great news for the entire team,” added Nicolet. “It’s something very special to see him back in the car.”

After a shorter-than-planned rehabilitation period Lahaye is naturally pleased to be race fit again: “I worked with the physios until earlier this month and I have recently come back from the Pyrenees where I started a daily fitness regime with my trainer. The first objective was to allow the fractures to heal, then to return to a good physical condition. I am now ready to get back into the car for the Barcelona tests and, if all goes well, for the 6 Hours of Silverstone.

“For sure I am very happy with this and I am itching to get back into action! I cannot wait to be back with Guillaume and Pierre and to finish the season strongly.”

The Barcelona test will also see the arrival of Toulouse native Pla, who joins OAK Racing for the 6 Hours of Silverstone. He will complete the three-man crew of the #24 LMP1 machine alongside Nicolet and Prémat, who showed impressive pace at Imola aboard the #49 LMP2 entry.

“I am delighted to welcome Olivier to my car and to the team, even if the knowledge that I’m sharing driving duties with two such great racers adds a bit more pressure to myself,” said Nicolet. “I know Olivier as a talented competitor with an exemplary sense of fair play in all circumstances. I am also delighted to race with Alexandre again as he was a fantastic team-mate at Imola.”

Following the announcement of the Quifel-ASM team’s withdrawal from the Le Mans Series Pla is now delighted to be part of the OAK Racing adventure at Silverstone: “I would like to thank Jacques Nicolet and OAK Racing for this opportunity,” said Pla. “I’m approaching the race with caution as I will need to get to know the team and the car, but I’m raring to get going.

“The timing of the Barcelona test is fantastic and will allow me to have time to adapt and find my marks. I can’t wait to get to Silverstone and to give it my all!”

After a dazzling junior career, with race-winning stints in F3 and GP2, Pla has successfully focussed his energy on endurance racing since 2008. The 29-year-old won the Le Mans Series LMP2 title in 2009 and brings experience of the Silverstone circuit to the returning #24 car, which has been absent since the Le Mans 24 Hours.

“We are delighted with the arrival of Olivier and that we have renewed our association with Alexandre,” said Sicard. “Alex quickly integrated with the team at Imola and worked really well with Jacques on the LMP2. With the #15 competing as well we will have two front-running LMP1s.”

Finally, there are no changes to the #35 LMP2 entry: the crew still consists of Andrea Barlesi, Frédéric Da Rocha, and Patrice Lafargue, who will also attend the Barcelona tests and the 6 Hours of Silverstone. They will be focussed on maintaining the consistency and reliability they have shown since the beginning of the season, and will undoubtedly benefit from the work done in Spain this week.

Kimi Räikkönen enjoyed his test in the Peugeot 908