WEC must "wake up" after Toyota Le Mans rout – Lotterer 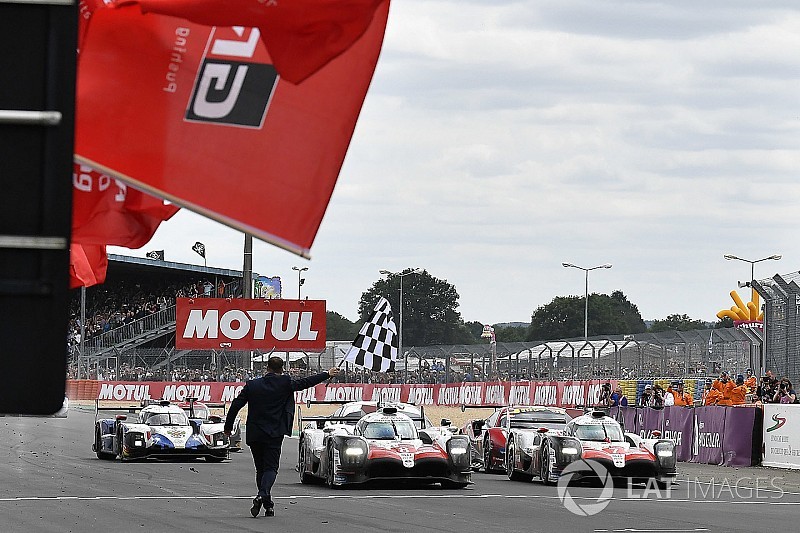 The FIA World Endurance Championship must “wake up” and close the gap between Toyota and the non-hybrid LMP1s after the Japanese marque’s Le Mans 24 Hours rout, says Andre Lotterer.

Rebellion driver Andre Lotterer was in the #1 car that finished fourth overall at Le Mans, 13 laps behind the winning Toyota, while the third-placed #3 R-13-Gibson was 12 laps down at the flag.

Lotterer's teammate Neel Jani described the 2018 edition of the French classic the most "boring" he's been part of due to the inability of privateer LMP1 teams to threaten the hybrid-powered Toyotas.

Speaking to Motorsport.com, Lotterer reiterated Jani's views and called on WEC's rulemakers, the FIA and the Automobile Club de l'Ouest, to take action to address the huge deficit between Toyota and the chasing pack.

"We wanted to be there when something happened to the Toyotas," said Lotterer. "Okay, nothing happened. But it was clear that we couldn't compete against Toyota anyway.

"We didn't stand a chance. Let's face it, it was one of the boring editions of the Le Mans 24 Hours. I have to admit that it was difficult to get the most out of every lap. How do you stay motivated?

"Hopefully the ACO and FIA will wake up. It's their choice. Ultimately, it is their show that is not taking place at the moment. They have to know for themselves.

"If everything stays that way, it's going be a super-boring superseason."

ByKolles driver Oliver Webb, who didn't get to race at Le Mans this year following an early crash for teammate Dominik Kraihamer in the ENSO CLM P1/01-Nissan, echoed Lotterer's opinion.

"The Toyotas have got it for the year, really," Webb told Motorsport.com. "Silverstone might show off the Rebellion's high-downforce kit better and the Ginettas, but Toyota will always have an edge.

"Whether we can go longer [on fuel] or have more fuel flow, I don't know. But we need to be a bit closer if it's to stay as one category instead of hybrids and privateers."

Lotterer also criticised a decision to reduce the fuel-flow rate of the non-hybrids ahead of the Le Mans test day compared to the Spa WEC opener, where Toyota also dominated.

"We expected more from the EoT," said the three-time Le Mans winner. "It was a joke that they took away more performance from the privateers.

"We were on the same level as Toyota? That's bulls***. I don't know why Toyota cried out of fear we might outrun them."

Rebellion Vice President Calim Bouhadra called on WEC organisers to do more to keep the LMP1 category "attractive" after Spa, and reiterated these calls after Le Mans.

"I think there is great lesson to be learned from the ACO and the WEC on what they expect from a private team like ours for the future," he said. "I think there are big decisions to make from them."

What next for Alonso after Le Mans win?