Kevin Magnussen has described his first experience of the Le Mans 24 Hours as “really cool” after clocking his first laps of the Circuit de la Sarthe in the official test day on Sunday.

The ex-Formula 1 racer and current Chip Ganassi Racing IMSA WeatherTech SportsCar Championship driver is set to make his Le Mans debut this weekend at the wheel of a High Class Racing-run Oreca 07 LMP2, sharing a cockpit with his father Jan and fellow countryman Anders Fjordbach.

On Sunday, the trio ended up 12th in the LMP2 class with Magnussen setting the car’s best time of 3m33.680s in the afternoon session. That compared with a 3m31.105s set by class pacesetter Paul-Loup Chatin.

“The first few laps around here just feel special,” reflected Magnussen, who was named as part of Peugeot’s 2022 Le Mans Hypercar squad earlier this year. “You’ve watched it on TV for so many years and then when you go and do it yourself, it’s really cool.

“I knew I would like the track; it’s cool, not only because of the history but also because it’s really unique. You don’t get a ‘street’ circuit like this anywhere else in the world.

“We had a few small technical issues during the morning session, plus the three red flags, which interrupted the testing programme a bit, but the afternoon went much better. We got a lot of good laps, data and feedback to work on so it’s a good start.

“I feel pretty comfortable with the track now and I need to let the other two drivers get some laps behind the wheel from here on. All in all, I’m happy.” 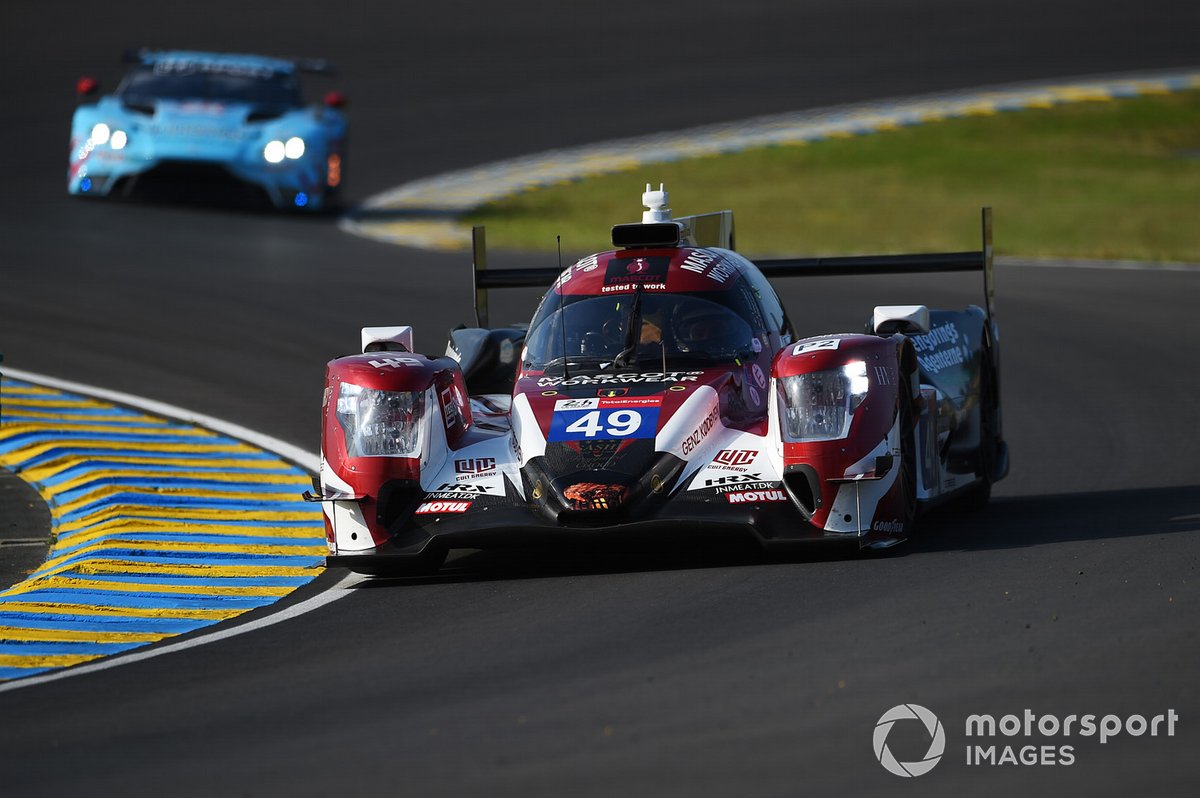 Magnussen’s father Jan, a veteran of 22 Le Mans starts and a four-time class winner with Corvette Racing, added that the novelty of sharing a car at Le Mans with his son was not detracting from the task at hand of being competitive in the LMP2 class.

“Obviously being here with Kevin is super special, and hard to put into words,” said Magnussen Sr. “It’s fantastic, but Le Mans is Le Mans and that takes over. It’s about being competitive, doing better and finding lap time and speed everywhere.

“We were just talking about it and noted how little the father/son thing has taken up space today and how much competition has taken up the time. I’m super happy about that. [We have] been very focussed on the job that we’re here to do.”

High Class’s second entry, which will be shared by IMSA regular Ricky Taylor, Aston Martin factory driver Marco Sorensen and Dennis Andersen, was 14th-fastest of the 25 LMP2 entries on Sunday, and fourth of the cars entered in the Pro-Am subclass.