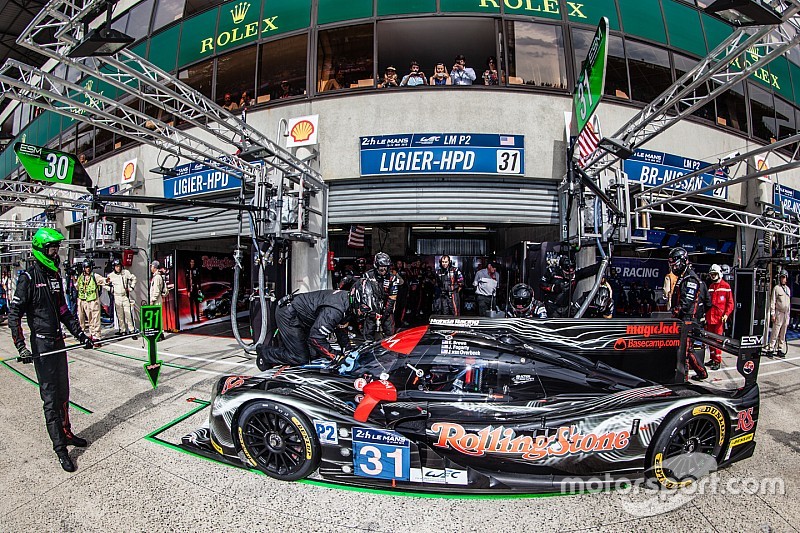 Filmed entirely at the 83rd 24 Hours of Le Mans last June, “Vitesse Extreme – Le Mans” is produced by seven-time Emmy award-winning producer Robert Lyon, and will take viewers inside the world of the lone two-car American team in the LMP2 class at the famous Circuit de la Sarthe. The race documentary includes behind the scenes footage from scrutineering, practices, fan activities and on-track race action.

Known as the world’s oldest active endurance race, the 24 Hours of Le Mans is the most prestigious event in sports car racing. The event featured 56 entries on the grueling 8.4667-mile (13.6259 km) circuit, which was a combination of closed public roads and a permanent racing circuit, in France.

The global leader of motorsport news and features, Motorsport.com is one of the fastest growing motorsports digital platforms in the world providing worldwide, multimedia coverage resulting in over 180 countries this year.

“Motorsport.com was the obvious choice to partner with because of their worldwide digital platform,” said Scott Sharp, Tequila Patrón ESM driver and owner. “Racing at Le Mans was a tremendous achievement for everyone at Tequila Patrón ESM and Rolling Stone.

“We’re proud of what we accomplished at Le Mans and this race documentary is the type of premium content that Tequila Patrón ESM, Rolling Stone and Motorsport.com like to provide to fans worldwide,” he added.

“The race documentary highlights our partnership with Rolling Stone on one of the world’s largest motorsports online media portfolios and will allow fans all across the world an opportunity to get a first-hand look at historic Le Mans.”

Furthering the relationship with Tequila Patrón ESM, Motorsport.com will be present on both the No. 30 and No. 31 Tequila Patrón Ligier JS P2 Hondas for the FIA World Endurance Championship (WEC) 6 Hours of Nürburgring on Aug. 30.

The partnership with Tequila Patrón ESM reinforces Motorsport.com’s ongoing strategic business relationship with the WEC, where it currently has the North American rights to produce and distribute the online video program entitled “Inside WEC” on its Motorsport.tv platform.

Inside story: How Audi lost Le Mans to Porsche