Porsche will again field four factory cars at the Le Mans 24 Hours in the defence of its GTE Pro crown at the 2018/19 FIA World Endurance Championship season finale.

The US CORE autosport squad, which represents the German manufacturer in the IMSA WeatherTech SportsCar Championship, will make its second Le Mans appearance alongside the Manthey-run WEC squad at the French classic.

Porsche expanded its attack on the GTE Pro class at Le Mans last year as part of an increased commitment to GT racing after the termination of its WEC LMP1 programme at the end of 2017.

CORE regulars Nick Tandy, Earl Bamber and Patrick Pilet will again team up in one of the US squad's pair of cars entered under the Porsche GT Team banner.

German Sven Muller, who made his Le Mans debut last year, will share the team's other Porsche 911 RSR with two race rookies in Frenchman Mathieu Jaminet and Norwegian Dennis Olsen.

The WEC Porsche GT Team will field an unchanged driver line-up across its pair of 911 RSRs.

Kevin Estre, Michael Christensen and Laurens Vanthoor will attempt to follow up on their 2018 victory, while Gianmaria Bruni, Richard Lietz and Frederic Makowiecki will again race the second Manthey car.

Porsche will contest the next two WEC superseason rounds at Sebring and Spa with its regular Bruni/Lietz and Estre/Christensen lineups as scheduled.

CORE will go into the 2019 IMSA season, starting next month at the Rolex 24 at Daytona, with an unchanged full-season line-up.

Tandy and Pilet will share one car, with Makowiecki again joining them for Daytona, the Sebring 12 Hours and Petit Le Mans.

Vanthoor and Bamber maintain their partnership, but this year will be joined by Jaminet for the long-distance races that make up three quarters of the renamed Michelin Endurance Cup.

The move follows Jaminet's appearance alongside Vanthoor and Bamber at Petit Le Mans in place of Bruni, who was racing for the WEC squad at Fuji on the same weekend. 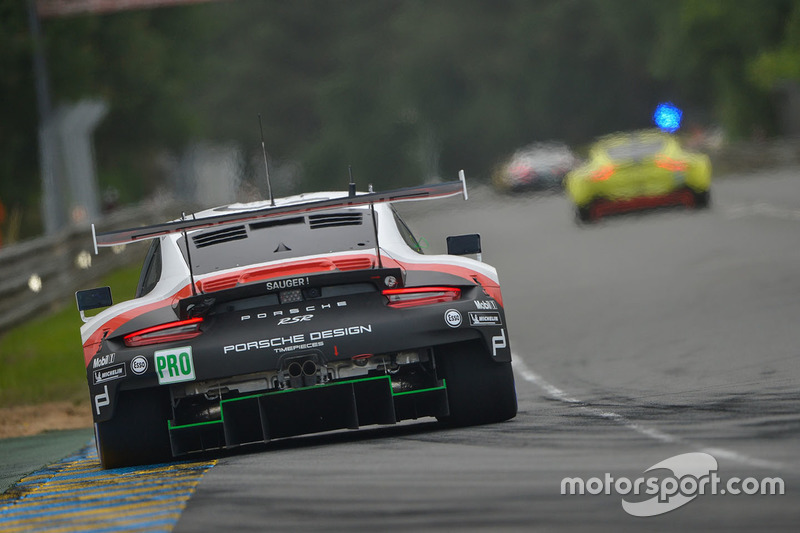 John Hunter Nemechek to run some Xfinity races for JGR

John Hunter Nemechek to run some Xfinity races for JGR