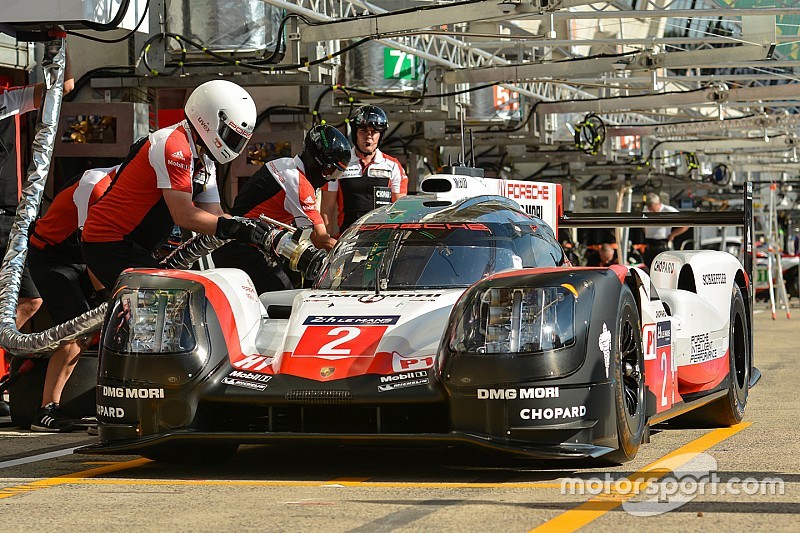 Porsche race engineer Kyle Wilson-Clarke says the team's use of a special type of wheelnut could be critical it in gaining an edge over rival Toyota in the pits for this year's Le Mans 24 Hours.

Wilson-Clarke, who engineers the #2 919 Hybrid driven by Brendon Hartley, Timo Bernhard and Earl Bamber, believes that the advantage Porsche enjoyed in pitstop times over Toyota last season should be a boost for the German squad after it was outpaced by the Japanese marque in qualifying.

Key to Porsche's speedy pitwork is a device known as the ‘captive nut’, which is retained inside the wheel during a change, and was introduced by Porsche at the first FIA World Endurance Championship race of the year at Silverstone.

At the British venue, Porsche was gaining around three or four seconds over Toyota at fuel and tyre stops, and around 2.5s on fuel-only stops.

The following month at Spa, that advantage was down to around 0.6s on average during fuel and tyre stops - but with the winning Porsche performing 30 stops at Le Mans last year, that difference could still add up to a not insignificant amount of time over the course of the 24 hours.

“We’ve made a small step on pitstops this year with some developments on the car," explained Wilson-Clarke, whose cars will start the race from the second row in third and fourth.

“Traditionally when you un-gun the wheelnut it would stay in the socket and go with the gun. That means the gun is effectively dead until you can take the nut out and put it back on to the hub.

"The captive nut stays with the wheel, so when you un-gun it the gun is still free to do a second operation. It's a small but welcome weapon for us."

He added: "We have had the advantage on tyre changes but obviously you need to have the pace on the track too; you can’t just rely on what you do in the pits."

Last season Porsche also had the edge in terms of how its fuel was applied, but Wilson-Clarke believes that this season Toyota have closed up.

“In the past we have also been good at the re-fuelling and maximising this aspect of the pit stop,” continued the British engineer. “This year it is much closer than it was last season, but still we are proud of our pitstop turnarounds.”