Japanese manufacturer Mazda will be back at Le Mans again in 2013, supplying teams in the LM P2 class with a racing version of its new SKYACTIV-D diesel engine. “This reopens our love affair with Le Mans,” Jay Arnestoy, Vice President of Mazda Motorsports in North America told the assembled media at Le Mans. “We're looking to return to the winners' circle with what we believe will be the most advanced and cleanest production-based powerplant the world has ever seen.” 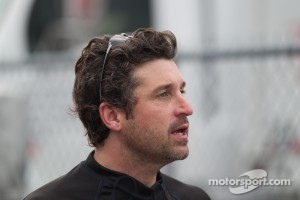 The 2.2-litre diesel engine is built around the basic block used for road-going car engines, with input from Mazda in Japan, Mazda North America and SpeedSource Race Engineering. Dempsey Racing, the team founded by actor Patrick Dempsey that's already competing in the ALMS P2 class this year, will be the first customer team to run the SKYACTIV-D engine.

Henri Pescarolo's team will always be the local fans' favourite at Le Mans, but this year's event has been a trying one for the team so far. First, there was the crash in Wednesday's practice session that kept the #16 Pescarolo 03 out of Wednesday night qualifying. Although the car was repaired for Thursday's sessions, Jean-Christophe Boullion, who was at the wheel for at the time, declared himself out of the race due to a rib injury from the accident. This means remaining drivers Emannuel Collard and Stuart Hall will now have to cover the full 24 Hours as a duo. But there was a further setback in Saturday morning's pre-race warm-up as an engine fire sidelined the 03 yet again. It was recovered to the pits, where repairs began immediately. “We're changing the engine. We hope to be ready for the race,” said a worried-looking Henri Pescarolo in the team's garage.

Toyota seem to be on a high after their strong third-place qualifying performance. Speaking on Friday ahead of the race, the company's thoughtful yet quietly determined motorsports manager Yoshiaki Kinoshita said: “We are all racers and so we all dream of winning. But of course we have to temper our dreams with realism.” Yet he finished with an intriguing comment about the race ahead, saying simply: “You watch. We push.”

Meanwhile, Toyota's technical director Pascal Vasselon discussed the thinking behind the team's decision not to send hybrid boost to the front wheels like the Audi R18 e-tron quattro does. “It was a purely analytical, engineering decision,” he said. “And it was a very clear decision for us after our first few tests in four-wheel-drive mode. With the rules only allowing hybrid boost above 120km/h, you don't get a traction advantage out of slow corners, so the disadvantages associated with a front-boost system are not worth it. A rear-drive-only system is easier to package, as you don't have to add driveshafts at the front of the car, which add weight and interfere with the aerodynamics.”

Anthony Davidson, who set the third-place time in qualifying, seemed fired up for the race: “It was nice to take the challenge to Audi and beating Christensen’s car shows what a good job we've done,” he enthused. “I had never joined a team so early in its development process, so this has been a fascinating experience for me. I can see the potential in the car and the future is very bright.” 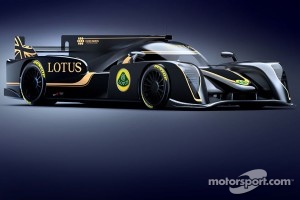 A new German-designed, Lotus-badged chassis is also set to join the P2 class at Le Mans and in the WEC next year. Colin Kolles' Kodewa team, which is currently running Lotus-badged Lola coupes in the WEC, is collaborating with German design office Adess AG on the new car. An initial shakedown is planned shortly after the end of this year's WEC season, and the Lotus LM P2 team also plans to step up to P1 in future.