The Rebellion LMP1 squad and engine supplier Gibson are confident there will be no repeat of the failures that struck it on Thursday during Le Mans 24 Hours qualifying. 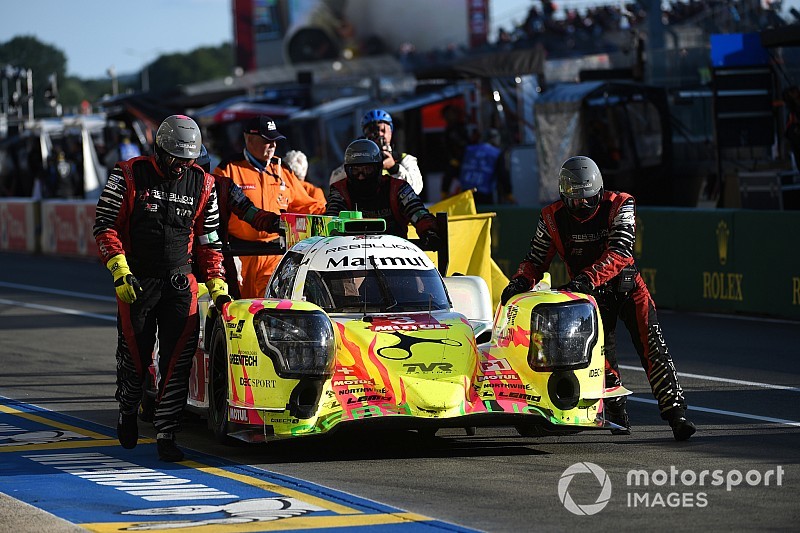 The normally-aspirated V8s in both Rebellion R-13s broke on the final day of qualifying for this weekend's FIA World Endurance Championship finale, but Gibson Technology believes it is on top of what it described as "an unusual and unexpected problem".

"We think we have addressed it and that it won't be a problem in the race, and also won't affect performance," Gibson operations director John Manchester told Motorsport.com.

Rebellion team manager Bart Hayden said that he "wasn't stressed and very happy with Gibson's explanation", pointing out that the engines that failed were high-mileage units that were due to be changed for the race.

The more powerful B-spec versions of the Gibson GL458 V8 that raced for the first time in the WEC at Spa in May had already undertaken a tyre test at the Aragon circuit in April and also did the Le Mans test day in the back of the two R-13s.

Manchester wouldn't be drawn on the exact nature of the issue, though he confirmed that Gibson believed the problem was identical on the two cars.

"It was down to the fact that we are pushing the engine a bit more and the way it was being used in the car," he explained. "We can't go into specifics because we won't know exactly what the problem was until we get the engines back to base and strip them down."

The #3 Rebellion sustained its failure during the first of the two qualifying sessions on Thursday, but the team was able to put the race engine in for the second period. The #1 car was hit by the engine problem in the later session and didn't return to the track.

Estimates of the revised engine offering 30bhp more than the original version, still used by ByKolles and DragonSpeed, were described as "optimistic" by Manchester.