Red Bull & Adrian Newey: Is Le Mans on their radar? 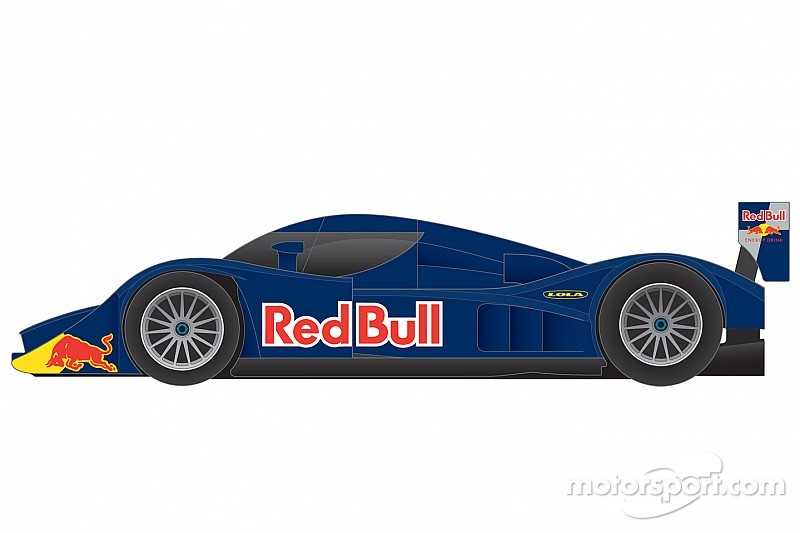 We all want answers to life's real mysteries, don't we? What about motorsport's great mysteries? Like perhaps, why hasn't Red Bull properly tackled the Le Mans 24 Hours?

When you think about it, it's reasonable, isn't it? With a product that encapsulates the extreme nature of the Le Mans 24 Hours, keeps you up all night, etc. So why has it not yet made a curtain call at the greatest endurance race on the planet?

Of course the answers are predictable and not quite as exciting as the possibilities. Red Bull has of course been concentrating on winning eight Formula One titles in the last five seasons (four each in the Drivers' and Constructors'). Additionally Red Bull, as a product, has a bit of a difficult history in France.

The 12-year 'ban' on the original recipe of the famed energy tonic – from 1996-2008 – was lifted in France six years ago. Contrary to many perceptions Red Bull itself was never banned in France, it was just modified to reduce the taurine and subsequent caffeine levels within it.

But that is the past. What of the future? What if Adrian Newey and his team of energised boffins down Milton Keynes way had a secret 'concept cell' that was evaluating when the time was right to take on the established manufacturers and have a crack at adding one of those monolithic Le Mans trophies to its recently refurbished trophy cabinets? 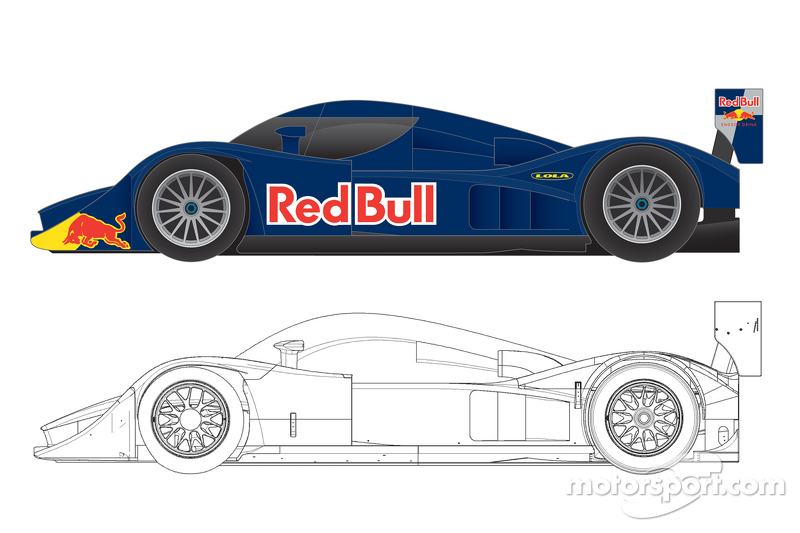 Motorsport.com has discovered that Red Bull has given serious consideration to such a project and that the time is nearing when a major programme could be activated.

The company was approached by the Lola Group as recently as 2011 (see image above) with a mooted customer programme but the proposal didn't get past an initial meeting. But it fired a flame in the minds of some big players, a creative flame that is proving difficult to extinguish.

Motorsport.com also understands that in recent years the Red Bull marketing department has been pushing to have more of a representation at La Sarthe, in addition to its personal sponsorship of top drivers such as Sebastien Buemi and Neel Jani and the occasional car, as with Pescarolo Sport and AF Corse in the last decade, albeit this was via Sebastien Loeb and Adrian Newey respectively.

The fizzy ingredients are there

In Renault, an engine partner is already in place. A return to La Sarthe in 2018 to attempt a repetition of its victorious 40 years on (with the Renault-Alpine A442B), would be very attractive. Since that win by Didier Pironi and Jean-Pierre Jaussaud victory only two French constructeurs have triumphed – Rondeau in 1980 and Peugeot in 1992, 1993 and 2009.

With the FIA World Endurance Championship flying higher and higher, would these companies not at least be interested in joining the party?

For how long will Red Bull have two teams in F1? How long can Herr Mateschitz stand his team being beaten by Mercedes? Both could be triggers in a special RBR endurance project.

Garage 56 at Le Mans has the Red Bull style and ethos written all over it. Daring, different and technologically stimulating it would be the perfect fit for a mind blowing, innovative Red Bull prototype. Yet, Red Bull and particularly Newey live to win, so perhaps they would go all out for victory.

Yes he'll enjoy the America's Cup yachting challenge and his ears might prick up at potential new 1000bhp F1 regs but what does Adrian Newey do on his weekends off? He goes to Le Mans (races at the contemporary and classic editions 2006-2008) or he goes to an FIA WEC race – as at Silverstone last year.

After all, Adrian Newey loves sportscars and he has unfinished business with them from his youth when he penned his first full race car – the March 82G GTP 'Lobster-Claw'.

So what are the chances?

The interest is there, the budget wouldn't be a huge problem and the infrastructure is already in place. So why might it not happen?

As ever the answer is predictable: Formula One!

With the current mess in the lower reaches of the F1 grid there is the very real spectre of third cars and Red Bull are at the top of the pile when it comes to likely signatories in this eventuality.

Could Red Bull Racing hook up with a partner, as Lola so wanted four years ago? It is possible that Renault would be interested. But with their current travails in F1 their resources both commercially and technically are fully fixed on regaining previous crowns.

Red Bull's operation is made up of two entities. Red Bull Racing and Red Bull Technology. Technically the latter feeds the former but with the whole company pushing toward more commercial revenue streams and away from reliance from Austria, a potential endurance project could be just the ticket for increased global exposure, especially as now major manufacturers are choosing the FIA WEC rather than F1 to showcase new technology.

One thing is for certain. Within certain corridors of Red Bull Racing in Milton Keynes the concept and the idea has and continues to be seriously discussed.

Red Bull Racing did not comment on our enquiry regarding this article. As we know it usually does its talking on the track. Which track it chooses to take over the next decade will have endless fascination for motorsport fans the world over.

Le Mans the next exciting step for Jonathan Summerton?