Toyota swept the top two positions in Thursday night's second qualifying for the Le Mans 24 Hours, establishing a buffer of 1.4 seconds over the best of the privateer LMP1s.

Kamui Kobayashi was again the fastest driver at the wheel of the #7 Toyota TS050 Hybrid, setting a time of 3m15.497s on his first flying lap to come within just over a tenth of last year's pole time at La Sarthe - and beat Kazuki Nakajima in the #8 Toyota by 0.411s.

Rebellion Racing's #1 car, which had its Wednesday times scrubbed for a fuel flow meter infringement, recovered to fourth thanks to a 3m17.317s effort by Neel Jani following a 25-minute red flag period.

That was caused by the other Rebellion R-13, the #3 of Thomas Laurent, dumping fluid on the track along the latter part of the Mulsanne straight before stopping just beyond Mulsanne corner.

The #3 car, which didn't return to the track, provisionally qualified sixth in the hands of Laurent behind the second of the SMP BR1s, the #17 of Stephane Sarrazin.

LMP2 continues to be led by DragonSpeed after another flyer from ex-Formula 1 racer Pastor Maldonado at the wheel of the #31 Oreca.

Maldonado turned a 3m26.490s at the start of the session to take the top spot, just over three tenths ahead of the #38 Jackie Chan DC Racing Oreca of Stephane Richelmi. 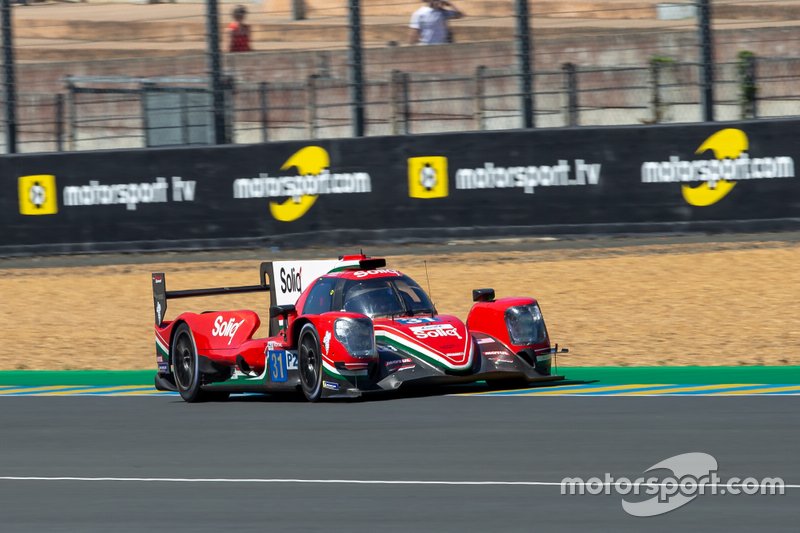 Signatech Alpine's #36 Oreca did not set a better time, with Nicolas Lapierre's Wednesday effort remaining good enough for third ahead of the TDS Racing Oreca and the Racing Team Nederland Dallara.

The top Ligier, the #22 United Autosports car, did not improve either and was shuffled down to sixth.

Porsche retook provisional pole in GTE Pro thanks to a late effort by Michael Christensen in the #92 911 RSR of 3m49.388s in the closing stages of the session. 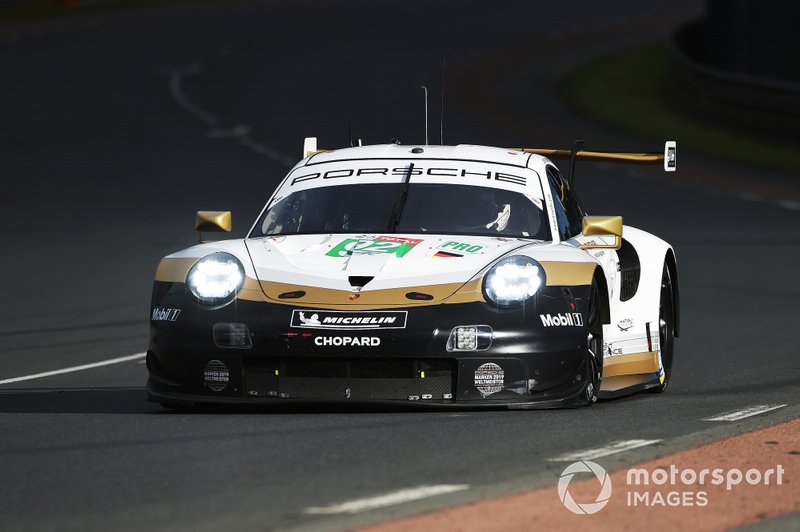 Antonio Garcia - fastest on Wednesday night until his best time in the #63 Corvette C7.R was scrubbed - came within 0.036s of Christensen's time late on, becoming the only other driver to better Harry Tincknell's first qualifying benchmark in the #67 Ford GT.

Tincknell's time of 3m49.530s remained enough for third, ahead of the #93 Porsche which likewise did not improve, while the #91 Porsche slipped one place to fifth despite a late improvement by Gianmaria Bruni.

The best of the Aston Martins slipped from third to sixth on the provisional grid, ahead of the #94 Porsche, the #69 and #68 Fords and the top Ferrari, the #71 car.

BMW was therefore the only manufacturer to end up outside the top 10 in class, the two MTEK-run M8 GTEs ending up 14th and 16th.

The top two times in GTE Am remain the same as on Wednesday, with Matteo Cairoli's best lap in the #88 Dempsey-Proton Porsche not being bettered.

Giancarlo Fisichella was the highest-profile improver, moving up to third place in the #54 Spirit of Race Ferrari, behind the #56 Project 1 Porsche.

The first appearance of wings on Formula 1 cars