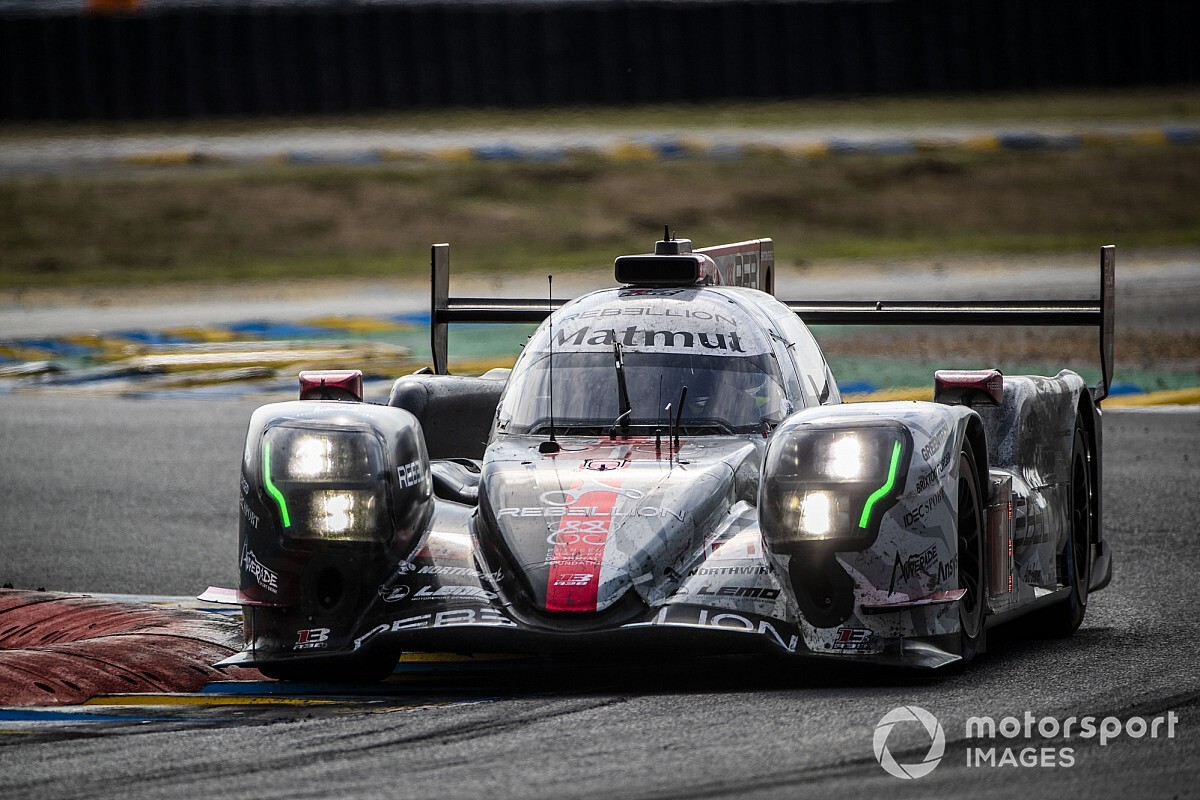 Along with Gustavo Menezes and Norman Nato, Senna brought home the #1 Rebellion R-13 five laps down on the winning #8 Toyota TS050 Hybrid to give the Swiss squad its best overall finish at La Sarthe in its final appearance in the race.

It came after turbo issues for the #7 Toyota, which had been leading the race until the halfway point but ended up taking third, a lap behind the leading Rebellion.

The #1 car enjoyed a relatively clean run, albeit losing ground when its front nose became dislodged in the morning hours and suffering a slow stop in the penultimate hour.

"For sure an amazing achievement, the team did a really good job to make sure the preparation was properly done for the car," said Senna, who also set the quickest lap of the race of 3m19.274s, marginally quicker than the #7 Toyota.

"The car ran pretty well throughout the race, [only] very small issues that didn’t delay us so much. This type of race is how you’re supposed to get podiums at Le Mans. If you are in the garage a lot, normally you don’t arrive on the podium."

Menezes managed to split the Toyotas in qualifying, and although Rebellion couldn't offer a similar challenge to the Japanese auto giant on pace, he described his second appearance on the overall Le Mans podium in three years as "special". 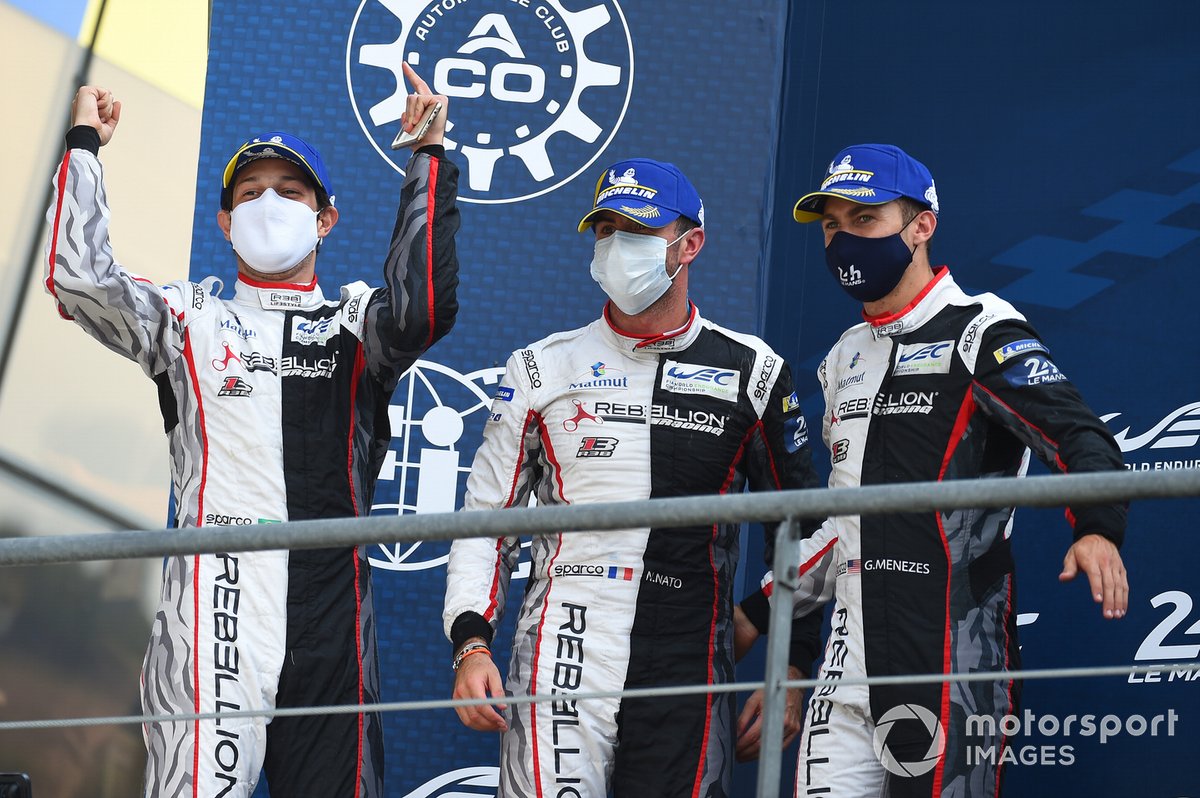 "The team did an incredible job today," said Menezes. "It was the first 24-hour race to have no reliability issues. Obviously it’s normal to have some small dramas but that also made the fight exciting for the fans watching.

"We had a fun battle with the #3 but in the end super-happy to be here with the boys in the end, sharing P2 overall at Le Mans is still something special."

For Senna, it was also a first Le Mans podium in eight attempts, with his best results before this year being fourth-place finishes for Rebellion in 2018 and '19.

"I’ve been very competitive here in the past but always bad luck preventing me from getting the win or the podium," said the Brazilian driver, who also drove at Le Mans for Oreca in 2009, Aston Martin in 2013-14 and RGR Sport by Morand in 2015.

"This has been eluding me and finally Le Mans let me step on the podium. I wish it was the first step, but I’ll take the second step as things are not so easy in this place."

The #3 Rebellion was also looking well-placed to take the final step on the podium before a trip through the gravel at Indianapolis for Louis Deletraz in the penultimate hour.

That and a subsequent late visit to the garage meant Deletraz, Romain Dumas and Nathanael Berthon would come home fourth on the same lap as the #7 Toyota.