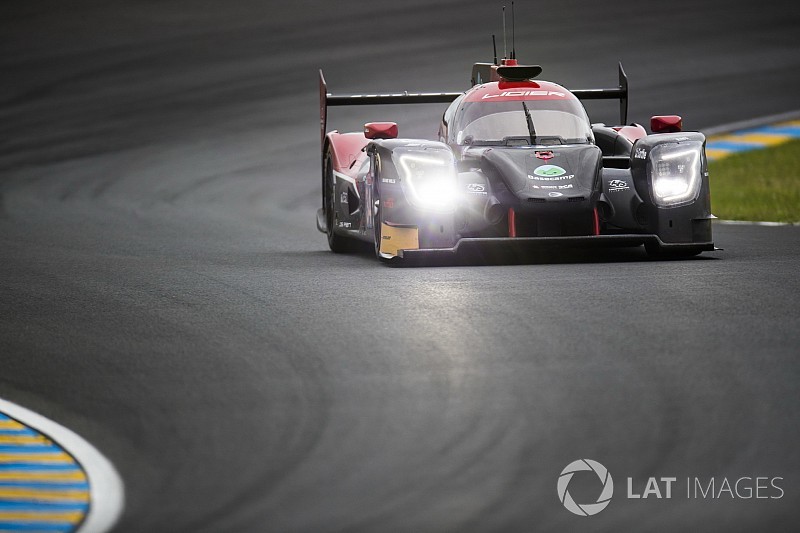 IMSA regular Taylor joins Come Ledogar and David Heinemeier Hansson behind the wheel of one of DCR’s two Ligier JS P217s for what will be his fifth start at La Sarthe and his third in LMP2.

He’ll start the #33 car from 16th on the LMP2 grid after a tough trio of qualifying sessions, but he set the quickest time in Saturday morning’s warm-up session.

The American is convinced that DCR is in a strong position to contend for class honours, boosted by changes to Ligier’s low-drag Le Mans-spec aero package.

“With the new joker kit, we have a really good shot to win the race,” he told Motorsport.com. “I think with our driver line-up and the experience the team has, I think all the pieces are in place.

"There’s so many good cars here that it’s easy for us to sneak under the radar. There’s a couple of line-ups out there that everybody is looking at and I think our one is good across the board.

"When the sun comes up, if we’re on the front page, we’ve got a really good shot.”

With many of this year’s privateer LMP1s unproven over a 24-hour distance, there have been plenty of suggestions that an LMP2 could once again feature on the overall podium as was the case in 2017.

Asked if he felt a repeat of that was possible this year, Taylor replied: “I didn’t expect it last year either. There’s always a chance of that.

“For us the goal is just LMP2 and that would be an extra treat. But all the cars are new and last year was the first year for the LMP2s.

“We see it in America that the LMP2 cars are so strong now that they don’t fail on their own, it’s only driver error that causes any issues, so with 20 LMP2s there are going to be three or four that have perfect races.

“You can’t say that about the whole LMP1 grid, they’re going to have issues and rely on their speed more, so it could happen.”

Taylor also passed comment on the Dunlop vs Michelin tyre battle that’s raging in the LMP2 class, saying what the British marque lacks in peak grip it makes up for in durability and usability.

“The peak of the tyre isn’t what it was last year, so they’ve taken the peak off of it and made it last a bit longer, which is good because we don’t get that many tyres allocated for the race distance.”

Live: The Le Mans 24 Hours as it happened