The two Toyota LMP1s were separated by just over a tenth of a second at the top of the times at the end of the first session of the official Le Mans 24 Hours test day. 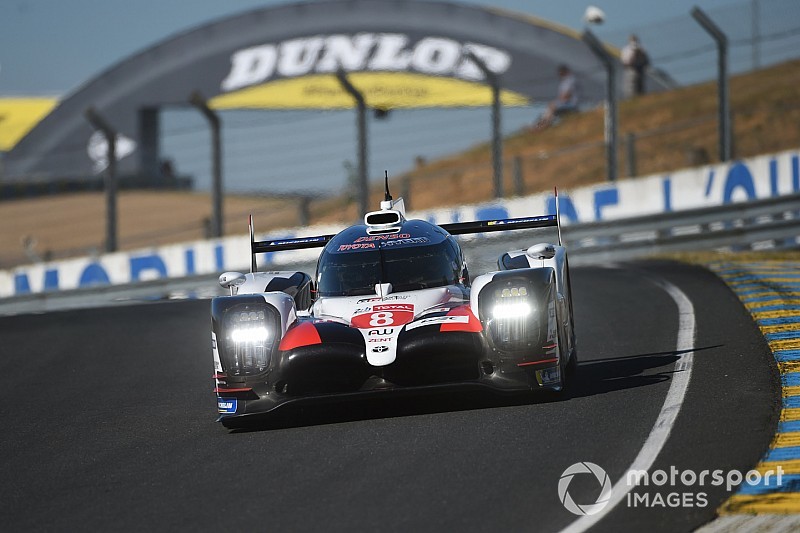 Sebastien Buemi ended up quickest aboard the #8 Toyota TS050 Hybrid on a 3m21.875s set right at the end of the four-hour morning session.

That jumped him ahead of the sister #7 car in which Jose Maria Lopez had led the way for much of the session on a 3m22.027s.

Those times compare with the 3m21.468s Fernando Alonso set during the morning of the test day last year - when the Toyotas ran 10kg lighter.

Gustavo Menezes vaulted into the best of the rest position behind the Toyotas right at the end aboard the #3 Rebellion R-13-Gibson. His 3m23.926s put him ahead of the two SMP Racing BR Engineering BR1s that ended up fourth and fifth.

Vitaly Petrov was fourth fastest on a 3m24.389s aboard the best of the AER-engined BR1s, the #11 car which was just over a tenth quicker than Stephane Sarrazin's 3m24.529s in the fifth-placed #17 car and a second faster than Andre Lotterer in the #1 Rebellion machine. 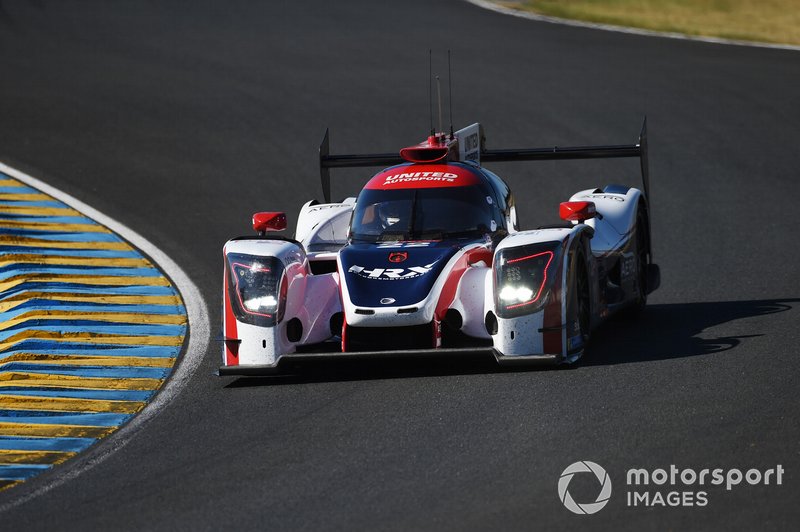 The best of the United Autosports team's pair of Ligier JS P217s went quickest in LMP2.

Filipe Albuquerque, who had flown in overnight after competing in Saturday's IMSA WeatherTech SportsCar Championship round in Detroit, set a 3m22.242s in the #22 car as the clock wound down to just shade the DragonSpeed Oreca.

Pastor Maldonado was just two thousands behind for DragonSpeed on 3m22.244s, which in turn was only five hundredths up on Jonathan Hirschi in the Graff team's Oreca.

The Racing Team Nederland Dallara and IDEC Sport's Oreca took fourth and fifth positions to make it an all top-five in LMP2 for cars running Michelin tyres.

The top Dunlop-shod car was the TDS Racing Oreca in which Loic Duval set a 3m33.127s. 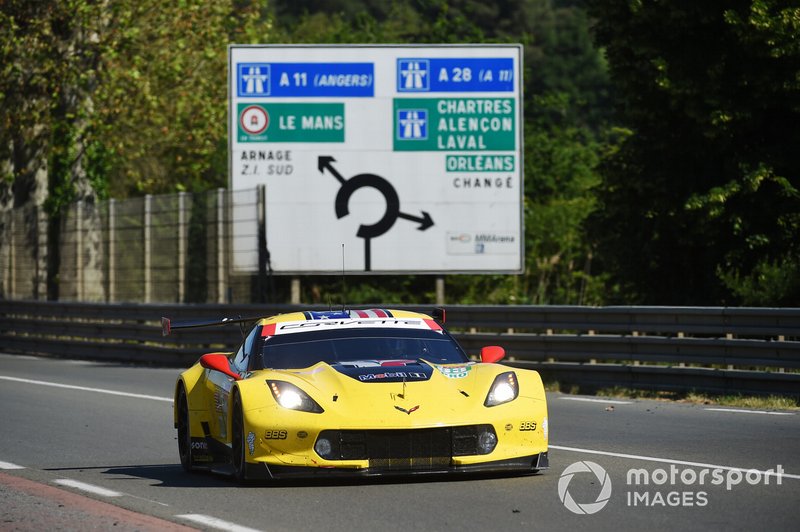 Chevrolet ended up quickest in GTE Pro won a 3m55.704s set by Antonio Garcia right at the end of the four hours.

That jumped the #63 Corvette C7.R ahead of the best of the Ganassi Ford GTs in which Billy Johnson had earlier posted a 3m55.728s.

Porsche driver Gianmaria Bruni and Ferrari's Daniel Serra made it four marques within just over two tenths of a second at the top of the class times.

The quicker of BMW's M8 GTEs was only 12th in class, while the two Aston Martin Vantage GTEs rounded out the class order in 16th and 17th places.

Francesco Castellacci was fastest in GTE Am aboard the Spirit of Race Ferrari, beating the similar Clearwater Racing car driven by Matteo Cressoni by just short of a second.

Jeff Segal made it an all-Ferrari top three in the JMW Motorsport car.

Gallery: Get set for the Le Mans 24 Hours Test Day