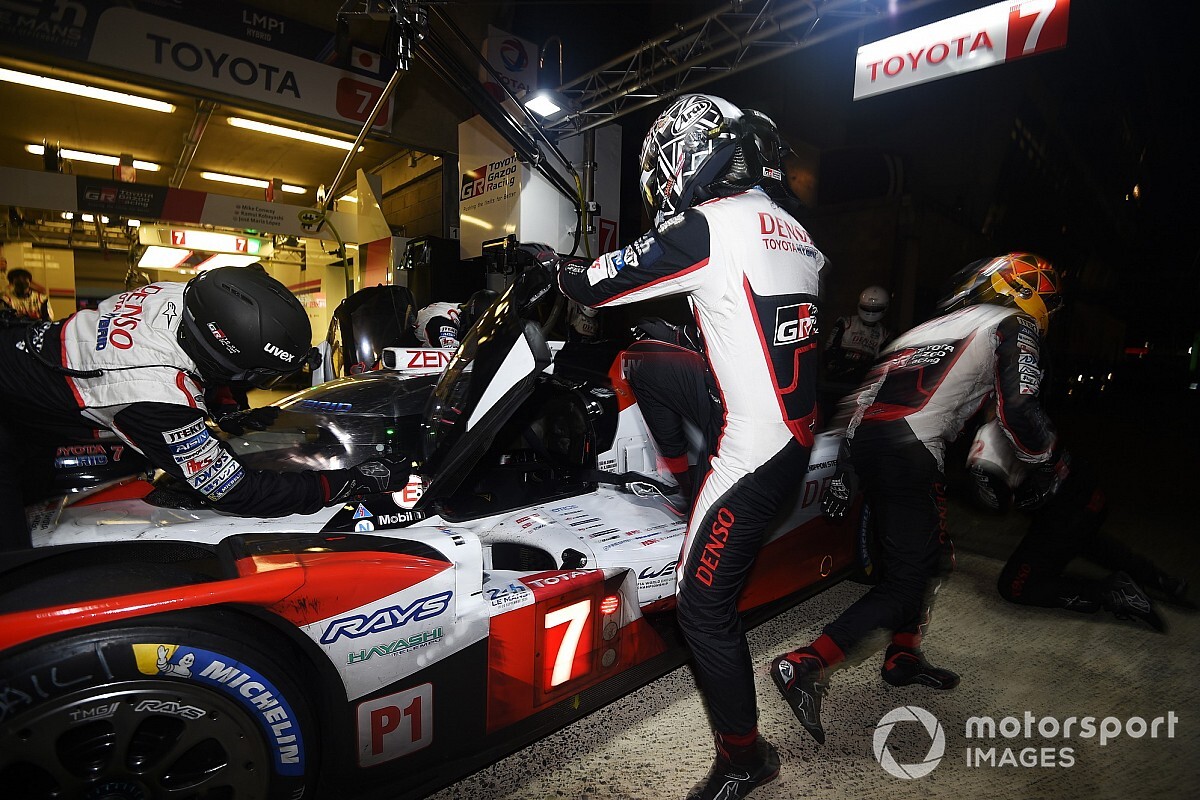 The #7 Toyota crew has lost the lead of the Le Mans 24 Hours after a turbo issue forced the car into the garage just beyond the halfway mark.

Kamui Kobayashi had enjoyed a one-lap buffer over the sister #8 Toyota of Brendon Hartley, following the latter's brake issue earlier in the race, when he was informed on the radio about a possible problem with the right-hand side turbo.

His pace having dropped in the 3m30s bracket, the Japanese driver pitted the ailing #7 car, which was quickly hauled into the garage. Toyota mechanics descended on the right-rear corner of the car, scrambling to replace the offending turbo.

Kobayashi spent almost 30 minutes in the garage, and has dropped seven laps off the lead, still held by Hartley in the #8 Toyota.

Gustavo Menezes is one lap down in second in the #1 Rebellion R-13, while Romain Dumas is three laps off the lead in the #3 Rebellion.

Paul di Resta continues to lead LMP2 in the #22 United Autosports Oreca, James Calado leads the way in GTE Pro for Ferrari, and Charlie Eastwood is out in front in GTE Am for TF Sport.