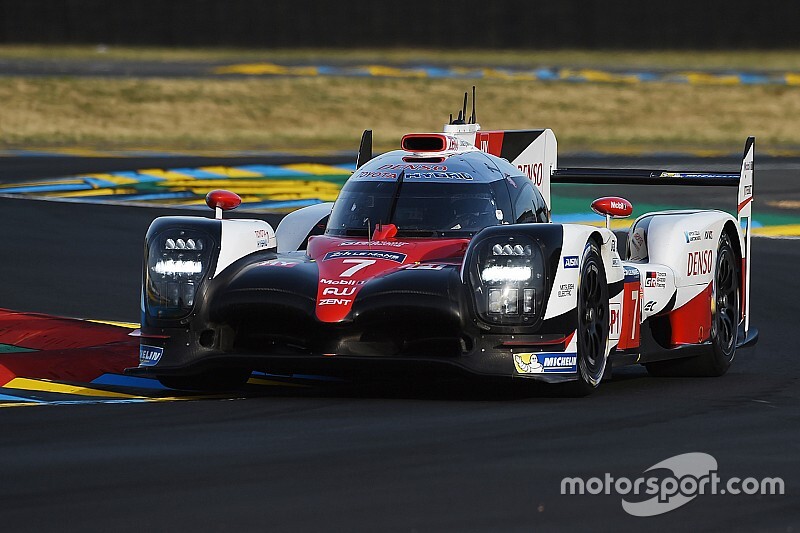 Toyota has abandoned plans for a specific run aimed at substantially bettering its lap record around the Circuit de la Sarthe as part of its bid for a third consecutive Le Mans 24 Hours victory.

The Japanese manufacturer had expressed interest in trying to lower Kamui Kobayashi's 2017 pole-winning laptime of 3m14.791s ahead of the start of the 2019/20 WEC season.

This would have likely involved a special attempt with the TS050 Hybrid running outside of the LMP1 Equivalence of Technology and success handicap rules, given the car's weight for the current campaign is 932kg, up from 888kg at Le Mans last year.

Outside of race week itself, the only other chances to make such an effort this year would have been at the Le Mans test day on May 31 or the Le Mans Classic on July 3-5.

Toyota team director Rob Leupen said that the latter option was seriously considered, but Toyota ultimately decided against doing so because the comparatively poor state of the track would have meant there would be no guarantee of actually bettering the existing record.

“We looked into the possibility of attempting a new lap record during the Le Mans Classic and everyone was very motivated to do this," Leupen told Motorsport.com.

"We are sure our TS050 Hybrid can substantially improve on Kamui’s existing lap record, but unfortunately it turned out to be impractical.

"Following detailed study, we concluded that the track conditions at the Classic will be significantly worse than during Le Mans qualifying and this would probably mean a record attempt would be unsuccessful.”

Toyota technical director Pascal Vasselon also pointed out that trying to juggle a Le Mans record attempt with its Le Mans hypercar preparations for the start of the 2019/20 season would have been difficult for the Cologne-based organisation.

He highlighted the differences between Toyota's situation and those of Porsche and Volkswagen, which embarked on lap record-setting tours over the last two years with the 919 Hybrid Evo and I.D. R electric prototype respectively.

"The big difference is that these two organisations have spent a long time without racing, and they have the structure ready," said Vasselon. "They are eager to do these lap records.

"Our structure at the moment is very loaded with LMP1 and preparations for LMH [hypercar]."