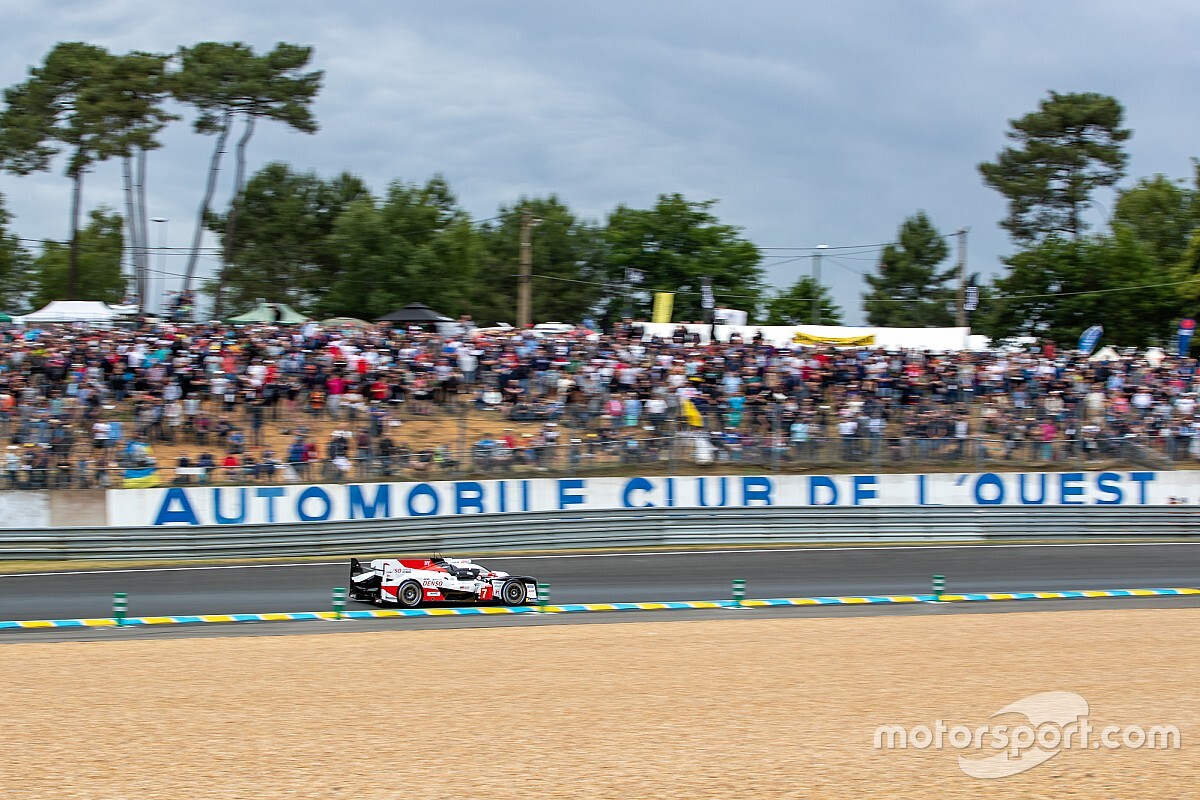 The Japanese manufacturer has revealed that the system on the #7 Toyota TS050 Hybrid was still showing that the right front tyre pressure was dropping after that wheel had already been changed with an hour of the race remaining.

This was because the sensors on each corner of the car had been wired up incorrectly to the antenna that communicates with the pits.

It had initially stated that the drama that handed victory to the sister car driven by Fernando Alonso, Sebastien Buemi and Kazuki Nakajima had been the result of an issue with one of the sensors.

"It was wired in the wrong way and was not a sensor problem. It is serious, as all mistakes are."

Lopez was leading the sister Toyota driven by Nakajima by more than two minutes when the system of tyre pressure sensors indicated a right front puncture.

Because the puncture hit late in the lap, Lopez was still able to resume with a healthy lead after the wheel was changed, only for the system to continue to indicate that the same tyre was punctured.

Vasselon explained that Toyota had asked its Michelin engineer to check the pressure of the tyre that had been taken off the car and that it was found to be normal.

The team then changed all four tyres when Lopez made it back to the pits for the second time.

The left rear was subsequently found to be the tyre that had sustained the puncture.

The second lap of the 8.48-mile Le Mans circuit with the punctured left rear took Lopez nearly six minutes and resulted in him rejoining over a minute behind the sister car.

Vasselon praised Lopez for keeping a cool head when it became clear that the incorrect tyre had been replaced at the initial pitstop.

"What normally happens when something like this happens is that the driver is pissed off, goes too fast, the tyre delaminates and damages the car.

"The team and the driver especially showed a lot of maturity in a situation where we were very close to a big drama."

Lopez admitted after the race that he was crying in the car on the second lap with the puncture.