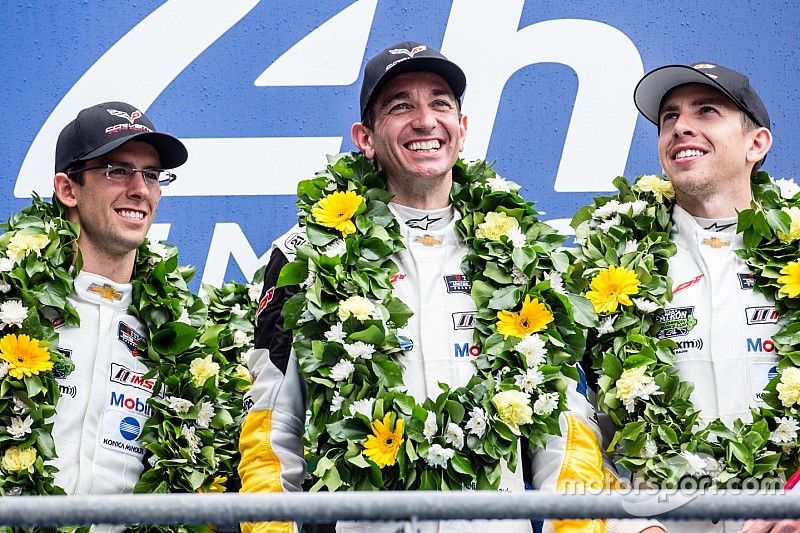 Drivers and teams from the TUDOR United SportsCar Championship and the Continental Tire Challenge made a positive impression at the 2015 24 Hours of Le Mans endurance race in France, before a worldwide TV, radio and online audience, as well as a record crowd of 263,500 spectators there in person for the 83rd running of the race.

At the top of the list: The No. 64 Corvette Racing team of Tommy Milner, Oliver Gavin and Jordan Taylor, who drove their Chevrolet Corvette C7.R to the Corvette team’s eighth victory in the tough GTE Pro class. Milner and Gavin are regulars in the TUDOR Championship No. 4 Corvette GT Le Mans entry, and guest driver Taylor co-drives the family-owned No. 10 Konica Minolta Corvette Daytona Prototype with brother Ricky.

“I’m obviously a little speechless about the whole thing,” Jordan Taylor said. “The goal in sports car racing and almost any kind of in motorsports in general is to win Le Mans. To win with Chevrolet and Corvette Racing as an American driver doesn't get any better than that.”

“It was a spectacular race for Tommy and Jordan and myself – one of those events where you’re having great races with Aston Martin, Ferrari and Porsche but in the end we were the strongest car and we ended up coming away with victory,” said Gavin. “This is my fifth victory here at Le Mans, and I’m absolutely thrilled to come back here with Corvette Racing. I’m a very happy man.”

In the GTE Am class, actor Patrick Dempsey’s long fight to reach the podium at Le Mans was realized, as he, Patrick Long and Marco Seefried drove the No. 77 Dempsey-Proton Racing Porsche 911 to second in the GTE Am class, battling well into the night with the No. 62 Scuderia Corsa Ferrari team of Bill Sweedler, Townsend Bell and Jeff Segal. Sweedler and Bell are teammates in the TUDOR Championship GT Daytona class, while Segal is a regular in the Continental Tire Challenge series, with Team Sahlen.

Patrick Long is a veteran in U.S. sports car racing, and co-drives the No. 17 Team Falken Porsche in endurance races, winning his class in the 2014 Tequila Patron North American Endurance Championship. Dempsey came up through the Continental Tire ranks, and is co-owner of the No. 58 Dempsey-Wright Motorsports Porsche 911 GTD team.

“I can’t find the words to describe it,” said an emotional Dempsey, who just finished a long run on the TV series “Grey’s Anatomy,” which he quit in part to devote more time to motorsports-related projects.

“We deliver the same message every year to our regular competitors as they head into the 24 Hours of Le Mans,” said Scott Atherton, president of IMSA, the TUDOR Championship sanctioning body. “That message is, ‘Make us proud.’ We could not be more proud of their performances this year.

“On behalf of IMSA, I extend heartfelt congratulations to Chevrolet, Corvette Racing, Oliver Gavin, Tommy Milner, Jordan Taylor and everybody associated with this world class program on their tremendous and well-deserved victory. I also extend our congratulations to the Dempsey and Scuderia Corsa teams and drivers on their fantastic podium results, as well as to all of our other IMSA regulars who competed at Le Mans this year – job well done. We can’t wait to welcome all of them back to the TUDOR Championship.”

It appeared Thursday that it could be a long weekend for the Corvette Racing team, when its chances were literally cut in half when the No. 63 car, driven by Jan Magnussen, hit the wall during practice when the throttle didn’t close properly. Magnussen wasn’t injured, which speaks to the structural integrity of the C7.R since it was a very hard hit, but the car was unrepairable, and Chevrolet was forced to pull the entry.

Magnussen and regular partner Antonio Garcia drive the No. 3 Corvette in the TUDOR Championship GTLM class, and they and Le Mans guest Ryan Briscoe were hoping for a chance to go for the triple – the trio won the 2015 Rolex 24 at Daytona and the Mobil 1 12 Hours of Sebring, and were primed to contest for the win at the 24 Hours of Le Mans.

For another TUDOR Championship team, the final results were disappointing for the No. 53 Riley Motorsports-TI Auto Dodge Viper of Ben Keating, Jeroen Bleekemolen and Marc Miller, which dominated the first few hours in the GTE Am class, but problems dropped them to tenth in the standings. Keating and Bleekemolen are regular competitors in the TUDOR Championship GTD class in Keating’s Viper, winning class at the Rolex 24, and coming within a few minutes of a victory at Sebring, when a punctured radiator dropped them from the lead in the closing laps. Marc Miller is a Continental Tire Challenge regular, driving for Major League Baseball pitcher C.J. Wilson’s Mazda MX-5 team.

Although the team came up just short on finishing the race, the Viper team will leave France proud of more than one accomplishment. In addition to leading and setting the fastest race lap in class – a blistering 3:55.896 time by Bleekemolen – the team was competitive from the drop of the green flag.

“It was very exciting to lead early on and really show how competitive we were,” Keating said. “We came to Le Mans with the goal of wanting to do well, not only to show what we can do as a team, but also to represent Viper and everyone in what we call the Viper Nation. Hopefully our performance today made them all proud. I know I am very proud of our Viper Exchange and Riley Motorsports team and what we accomplished. We just wanted a little more there at the end.”

Even the overall-winning Porsche team, the No. 19 Porsche 919 Hybrid driven by Earl Bamber, Nick Tandy and Nico Hulkenberg, has ties to the TUDOR Championship series, as Bamber raced the a Porsche North America 911 RSR three times in the GTLM class in 2014, and twice so far in 2015. Tandy won his class in the final American Le Mans Series race at Road America in the Team Falken Porsche 911, and won his class in 2014 in the Rolex 24 at Daytona. Like teammate Bamber, he competed in the Rolex 24 and Mobil 1 Twelve Hours of Sebring this year.

The lone Prototype entry with an all-American lineup was the Extreme Speed LP P2 Ligier-Honda of Ed Brown, Johannes van Overbeek and Jon Fogarty, which finished seventh in class, three spots ahead of its team car driven by Scott Sharp, Ryan Dalziel and David Heinemeier Hansson. American driver and team owner Tracy Krohn fielded a P2 Ligier-Judd that he co-drove with Nick Jonsson and Joao Barbosa, whose regular job is with the Action Express Corvette DP team in the TUDOR Championship, where he is currently tied for first in points. They finished 12th in class.

Certainly the hard-luck award must go to the No. 98 Aston Martin Racing team of Paul Dalla Lana, Pedro Lamy and Mathais Lauda, which was leading the GTE Am class until, with just 46 minutes to go, Dalla Lana, a longtime racer in the lost control and hit the guardrail in the Ford corners. The Canadian driver, a longtime IMSA competitor and GT champion, was unhurt but the car wasn’t, and they finished ninth in the class.

The next event for the TUDOR Championship is Sahlen’s Six Hours at the Glen from Watkins Glen International in New York on June 28. It is the third of four races in the Tequila Patron North American Endurance Championship, and will air on FOX Sports 1 and FOX Sports 2 starting at 10 a.m. ET. IMSA Radio also will have live flag-to-flag coverage. 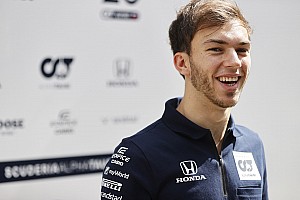 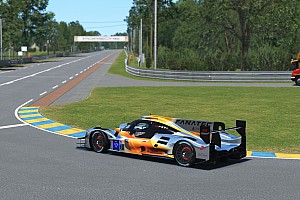