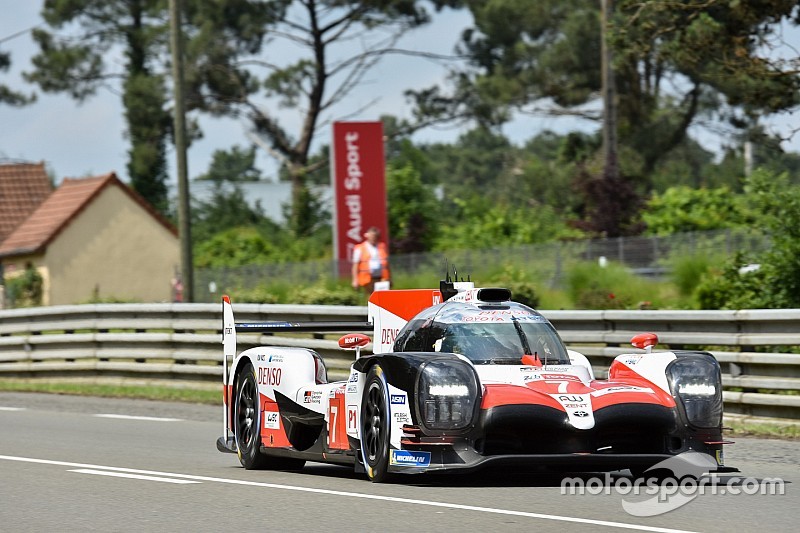 Kamui Kobayashi put the #7 Toyota on top in Saturday morning's Le Mans 24 Hours warm-up session, beating the sister car of Sebastien Buemi by a quarter of a second.

Kobayashi set the session's fastest time late on in a largely uneventful 45-minute session, recording a 3m18.687s in the #7 TS050 Hybrid.

The #10 DragonSpeed car completed the most laps of any LMP1 outfit  with Hanley initially setting a fastest time of 3m24.954s.

But the car was investigated for speeding in the pitlane and had that lap removed towards the end of the session, which dropped the BR1 to 13th in the timesheets before Hanley improved on his final lap to record a 3m23.039s.

The similar #17 SMP Racing BR1 was fourth and separated from its sister #11 car by the leading #1 Rebellion-Gibson R-13, with half a second covering the leading four privateers.

Tom Dillmann recorded a 3m26.421s in the #4 ByKolles and ended the session seventh, with Charlie Robertson completing a timed lap in the #5 Manor Ginetta on his final run, recording a 3m29.305s.

Rebellion's #3 car charted five laps but did not complete a timed effort, while the the #6 Ginetta did not take to the track during the session.

Ricky Taylor set a lap almost half a second clear of his rivals to top the LMP2 class aboard the #34 Jackie Chan DC Racing Ligier. 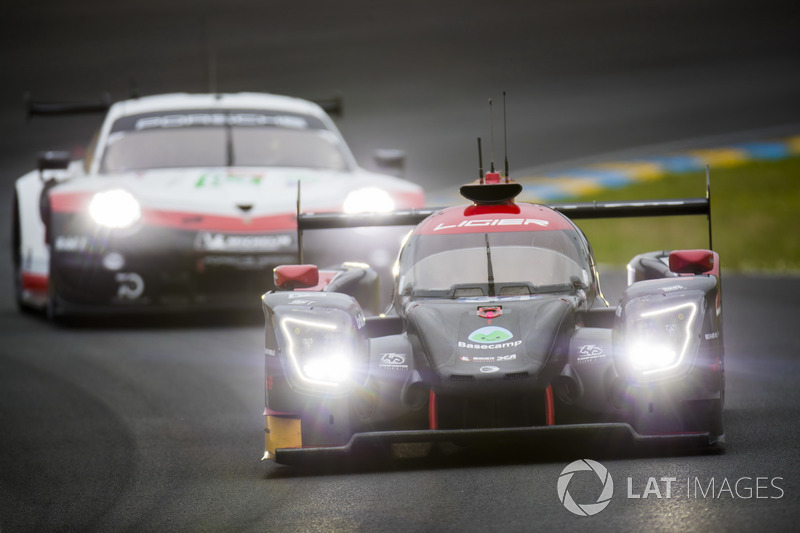 The Penske IMSA driver set his 3m29.466s lap in the middle of the session to displace the #26 G-Drive Racing Oreca that had its best lap set by Formula E championship leader Jean-Eric Vergne.

Vergne would then drop to third when Nicolas Lapierre took the #36 Signatech Alpine Oreca to second on his final-minute flying lap.

The second Jackie Chan DC Racing Ligier of Gabriel Aubry took fourth in class in the driver's first flying lap of the session.

The sister car driven by Stephane Richelmi was fifth behind a late improvement from ex-Formula 1 racer Felipe Nasr in the Villorba Corse Dallara.

All LMP2 runners completed the warm-up, although the #48 IDEC Sport Oreca failed to set a laptime after Paul-Loup Chatin went into the gravel at the Dunlop Chicane.

Ford set the pace in GTE Pro thanks to a last-minute effort by IndyCar star Scott Dixon in the #69 GT. 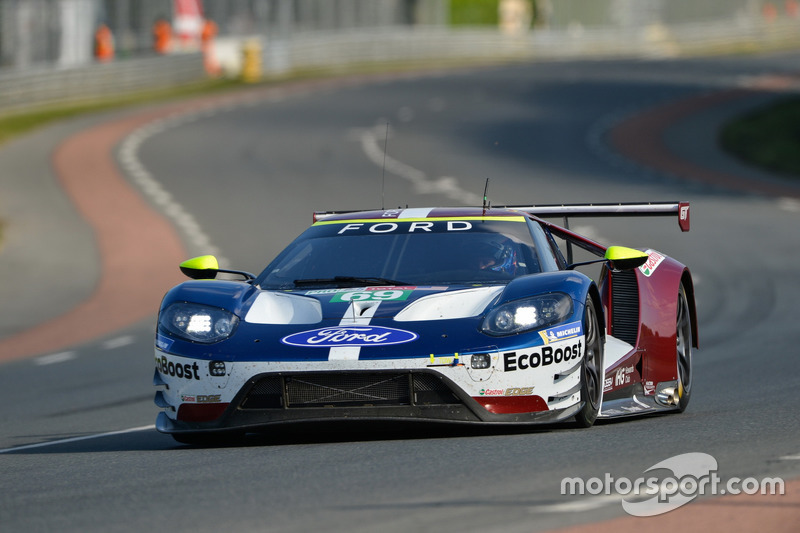 Toni Vilander was a further two tenths behind in the third-string #52 Ferrari, while Sam Bird made it a top-three lockout for the Prancing Horse in the #71 car until Dixon's late surge up the order.

Porsche, which along was Ford was hit with a weight penalty in the latest Balance of Performance, was sixth-fastest courtesy of Nick Tandy's best time in the #93 car, behind the second of the Fords.

Aston Martin set the eighth quickest time after its Vantage GTE was handed a double performance break after its poor qualifying performance, while the best of the BMW M8s was 10th.

Ferrari led the way in GTE Am thanks to a 3m53.218s effort from Jeroen Bleekemolen in the #85 Keating/Risi car, enough to beat Ben Barker's time in the #86 Gulf Racing Porsche by a full 1.6s.

The polesitting #88 Dempsey-Proton Racing Porsche did not set a laptime.