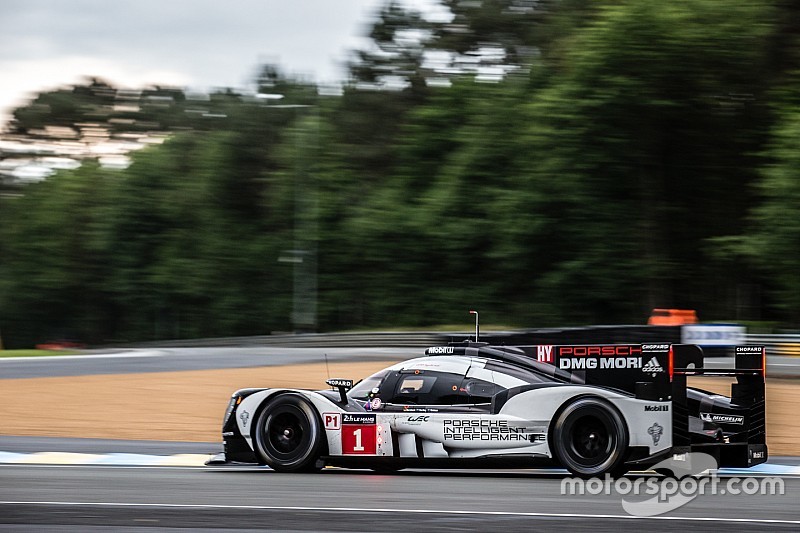 Finding a way to keep evocative LMP1 cars at the forefront of the Le Mans 24 Hours is “pivotal” for the future of the race, believes Mark Webber.

The ex-Formula 1 star contested three full seasons of the FIA World Endurance Championship with Porsche from 2014 to ’16, finishing runner-up at Le Mans in 2015.

LMP1’s future has been the subject of speculation since Audi’s withdrawal from the top flight of sportscar racing, which has left the WEC with only five full-time entries in the class this year.

A third Toyota for Le Mans brings the entry up to six, with 25 LMP2s and 29 GTE cars making up the 60-car field for the La Sarthe race this year.

Despite the meagre numbers at the front of the field, Webber feels the imagery of LMP1 machinery remains key to the appeal of the event, and that growing the size of the class in future will be crucial.

“Le Mans will still be a fantastic event,” said Webber. “It would be lovely to have 20 LMP1 cars, but is it possible? No. But we still have five [hybrid] cars, beautiful cars.

“A Porsche 919 at Le Mans is something everyone talks about; it’s still something to behold.

“You need these type of cars at the front of the car, so it’s pivotal we find a way to keep these powerful cars – imagery-wise, emotion-wise, it’s important.”

He added: “We had years at Le Mans where there was no competition and cars just drove away, when one manufacturer has been dominant. So it’s healthy we don’t have that scenario.

“We still don’t really know who will win Le Mans. We have the competition between two brands, which is good, but hopefully more manufacturers come in the future.”

While no more manufacturers are expected to join the LMP1 category prior to the start of the new rules cycle in 2020, the division is set for a boost next season with the arrival of privateer entries from SMP Racing/Dallara and British constructors Ginetta and Perrinn.

With the 2020 LMP1 rules still under discussion, Webber believes maintaining a significant hybrid element is critical to keep manufacturers engaged, despite the costs involved.

“It’s always good keep the engineers stimulated,” added the Australian. “Hybrids are going to be colossal going forward, so how then do you massage this into your racing programme?

“It’s a constant battle of cash in the funnel, in terms of what’s stimulating the consumer to have this authentic story from the manufacturer.