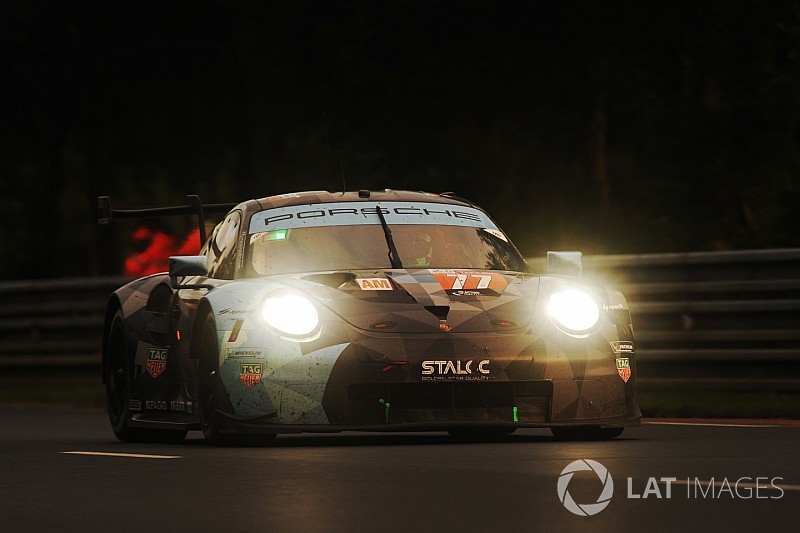 Porsche Young Professional Matt Campbell has described winning the GTE Am class on his Le Mans 24 Hours debut as "something crazy".

Queenslander Campbell, in just his second year of international competition with Porsche, was handed his Le Mans debut over the weekend with a seat in the Dempsey-Proton 911 RSR alongside Christian Ried and Julien Andlauer.

The trio dominated the GTE Am class for the majority of the race, the #77 Porsche beating the #53 Ferrari by a little under two minutes.

Reflecting on his first-time success at the world's biggest sportscar race, Campbell reckons it was a case of an 'absolutely perfect' 24 hours.

“It's only my debut here, my second year in Europe and my second year with Porsche, so I'm absolutely over the moon," he said. "It's something crazy.

“Obviously the race went fantastically. We held the lead from about 5:30pm [Saturday] afternoon, which is really hard to believe. The car was mega all race. It was absolutely perfect. No mistakes, no contact, nothing like that.

“Once you have that lead, you need to manage it, just trying to be as consistent as possible and keep the average lap time up as high as you can. It's quite difficult for us to manage traffic, not to lose too much time ourselves and not fight too much, because you don't want to get [tyre] pick-up or anything like that.

"Ferrari's pace in the race was matching us all race. We got lucky there at the start of the race with a couple of Safety Cars. We were able to really manage that [lead] throughout the whole race, which was quite surprising because obviously in GTE Am there is a lot of diversity in the driver line-ups.

"It went perfectly. I can't express what it feels like, that's for sure.”

According to high-profile team co-owner Patrick Dempsey, Campbell showed all the signs of being "the real deal" during his Le Mans debut.

“These young drivers, their first time here, with so many drivers, they just had a level of class in their driving," he said.

"Matt was on the radio and he was just really calm and knew what he had to do. He just had this look in his eye and I was like 'this guy is the real deal'. These are young stars emerging and we are a part of it ...

“I’m lost for words. Everyone did a fantastic job, it was a victory for the whole team. The race was incredible, we made no mistakes and our work was rewarded with this great success. I can’t tell you how incredibly proud and happy I am for Porsche, too."

Will Alonso’s Triple Crown bid come at the expense of F1?