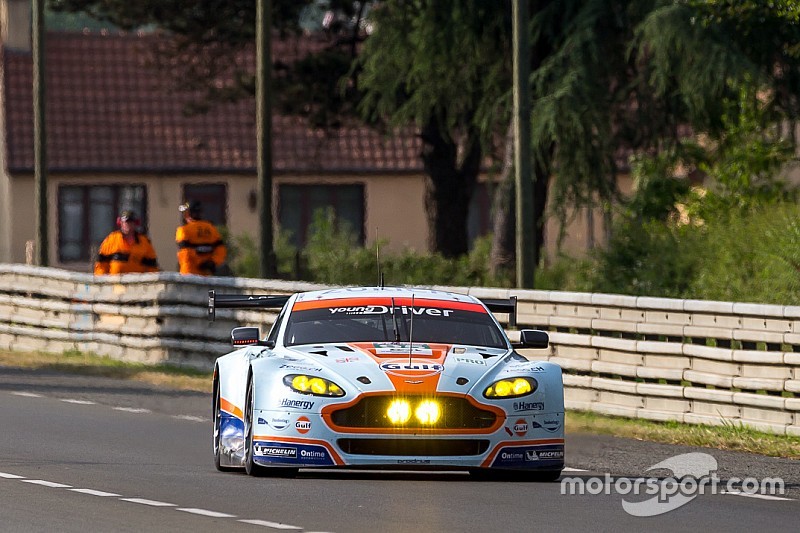 Young Driver AMR experienced two almost trouble free days of practice and qualifying and focused on the race preparation. The only incident came at the end of Thursday’s night qualifying, when Nygaard had a small off on the final lap that luckily only caused minor damage to the car.

"So far everything went well at Le Mans“, Jan Struve of Young Driver AMR said after the Qualifying session. "We went though our program and made sure every of our three drivers had enough time in the car and is comfortable with our Vantage GTE. Our performance in Qualifying was good, this makes us confident for the race. A Aston Martin Racing sister car of Richie Stanaway, Fernando Rees and Alex MacDowall claimed the class Pole Position, big congratulation to them.“

"I’m very satisfied with our progress here at Le Mans so far“, said Marco Sørensen, who makes his Le-Mans-debut this weekend. "Sometimes it was not easy in practice and qualifying with some interruptions and rain on Wednesday, but we focused on our race preparation. For a 24-hour-race, the starting position doesn’t count so much. It’s more important that the car is good to drive for all three of us. I expect that we will be very competitive in the race.“