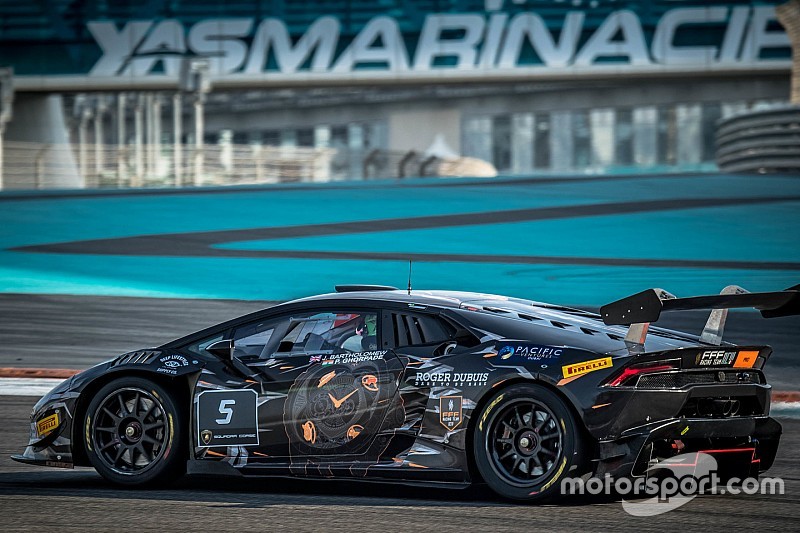 The team of Parth Ghorpade and Jack Bartholomew started their Lamborghini Super Trofeo Middle East campaign with a podium finish in Race 1 at Yas Marina Circuit.

The Indi-Brit duo were third overall and second in class in the first practice on Thursday in the #5 Huracan.

Whereas, Ghorpade and Bartholomew could only managed 14th in the order and third in PRO class.

The start of the first race saw pole-sitters Breukers and Jeffries tangle and retire giving PRO-AM class' Costantino Bertuzzi and Nigel Farmer the lead from Ghorpade and Bartholomew, followed by Goddard and Schreiner.

The trio held on to the top three spot until the pitstops which allowed AM duo of Antonelli and Roda to take over the lead from Ghorpade and Bartholomew.

With a safety car period and a subsequent early end to the race under a red flag, AM class' Antonelli and Roda claimed win from PRO class' winners Ghorpade and Bartholomew.

The Indo-Brit duo of FFF Racing team were followed by its sister car of Goddard and Schreiner, making it a 2-3 finish for the outfit in its first race in the newly launched championship.

The Indian said: "I am very happy to have finished on the podium in the first race of my life with a GT car.

"I used to race with single seaters, therefore I still have to become familiar with this kind of car, but it is really fantastic."

With Ghorpade and Bartholomew starting from the back of the grid, it was the case of making up positions during the race.

The duo made strong progress to finish seventh in the order and third in class as Breukers and Jeffries claimied a win after Race 1 disaster.

The AM duo of Antonelli and Roda rounded off a sound weekend finishing second overall, with Bertuzzi and Farmer completing the rostrum position.