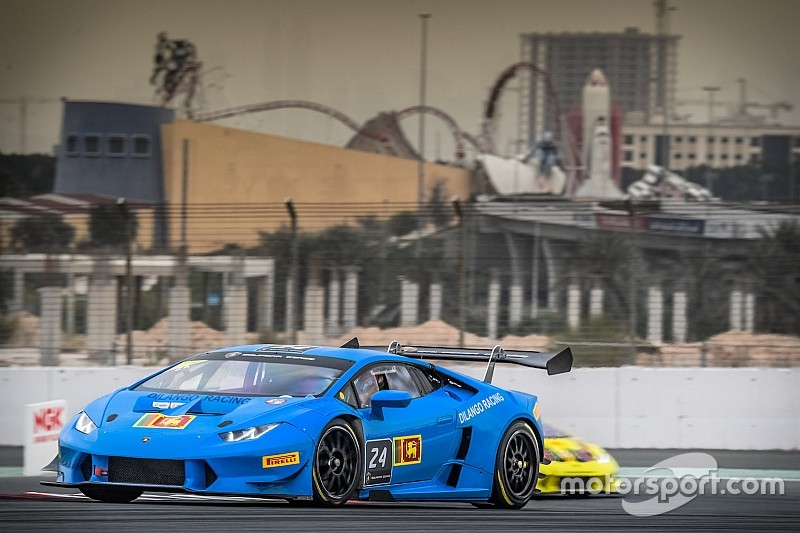 With Ebrahim yet to announce his return to the one-make championship's Asian arm in 2017, the Indian was called up last-minute to compete in the final Middle East round at Dubai Autodrome.

The Indo-Lankan duo made immediate impact by topping the second practice session on Friday, in their preparation for the weekend ahead.

The qualifying for Race 1 saw Ebrahim end up second, a mere 0.693s separating the Pro-Am category driver with pole-sitter Rik Breukers (with Axcil Jefferies) from the Pro class.

Whereas, in the qualifying for the second race, Malagamuwa was 12th overall while fourth in class, as the other half of the #7 car, Jefferies took pole.

Podium in Pro-Am class in Race 1

The start of the first race saw Ebrahim challenging Breukers hard for the race lead, but the #7 GDL Racing driver managing to hold fort from the charging Indian in the #24 Dilango car.

But as the race progressed and a subsequent contact with the car of Marco Antonelli and Davide Roda, the Indo-Lankan pair lost significant time on the road.

Eventually, Malagamuwa brought the car home in ninth overall and third in Pro-Am class, taking a solitary poidum, as Breukers and Jefferies took yet another race win.

The FFF Racing team's #15 car duo of Richard Goddard and Carrie Schreiner fought all the way from 11th to finish second, ahead of third-placed Hendrik Still and Paul Scheuschner.

Another class podium for Ebrahim/Malagamuwa

The final race of the manufacturer's Middle East one-make series saw the Pro class champions Breukers and Jefferies taking a dominating win by over 20 seconds margin.

Series' runner-up duo of Goddard and Schreiner were placed second in the race with sister team's new pairing of Jack Bartholomew and Devon Modell completing the rostrum positions.

Modell replaced Indian Parth Ghorpade, who had competed in the #5 car alongside Bartholomew in the first two rounds. The Indo-Brit pair is slated to continue their partnership in the Asian championship.

The Pro-Am class saw Still and Scheuschner crowned champions after they finish ninth overall, and were second in class in Race 2 ahead of Ebrahim and Malagamuwa.

The pair scoring 23 points in the Pro-Am category on their debut as a duo in the season finale.