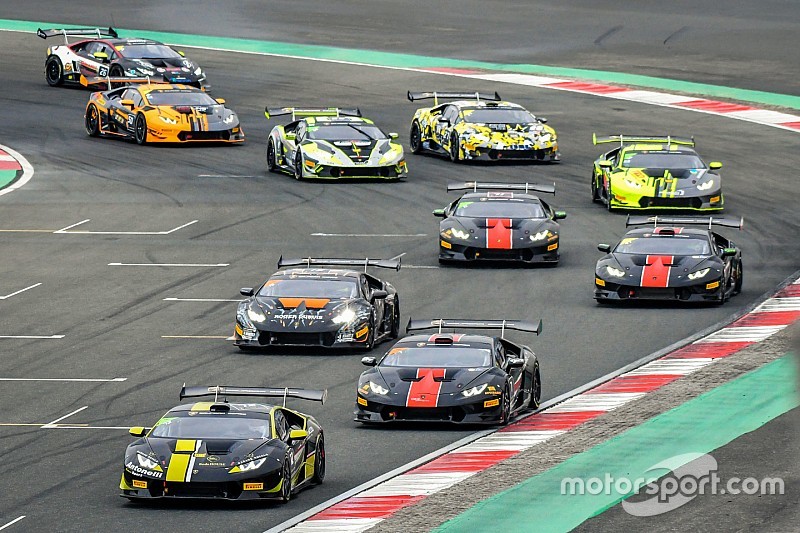 The duo of Parth Ghorpade and Jack Bartholomew claimed double points finish in second round of the Lamborghini Super Trofeo Middle East championship.

Having finished on the podium last weekend at Yas Marina, the Indo-British duo could only manage points finish at Dubai Autodrome in Round 2 of the one-make series.

The second session for Race 2 had Ghorpade finishing 13th for the FFF Racing Team, as Marco Antonelli (with Davide Roda) claimed pole while Breukers was second and Richard Goddard (with Carrie Schreiner) in third.

The duo of Jefferies and Breukers took victory in the first race on Friday after clearing polesitters Still and Scheuschner during the mandatory pit stop.

The latter, as a result, dropped down to fourth with AM driver Andrew Haryanto ending up second, while Goddard and Schreiner completed the rostrum positions.

Ghorpade and Bartholomew lost a couple of places to finish fifth in the order, fending off Teodor Myszkowski and Andrej Lewandowski in the latter stages.

The second race saw Jefferies and Breukers dominate the field to finish 13.219s ahead of the sole car effort of GDL Racing's Haryanto.

The FFF Racing team had a mixed fortune with Goddard and Schreiner taking another third place finish, but the sister #5 car of Ghorpade and Bartholomew having a different fate.

A contact with a fellow rival slowed Ghorpade's progress in his stint as the they eventually finished a lap down in 10th.

"We’ve had a fantastic time in Dubai, the cars ran flawlessly in both races while Spike and Carrie put in tremendous performances to secure us another two podium positions,” FFF Racing Team Owner Sean Fu Songyang.

"Both drivers put in flawless performances; especially Carrie who is really stepping up her game and is making outstanding progress.

"The sister #5 Lamborghini also had a good weekend, it’s just a shame that Parth lost so much time after contact with another car in the second race.

"Still, the results are good overall and we look forward to returning here soon and adding further to the podium tally," he added.