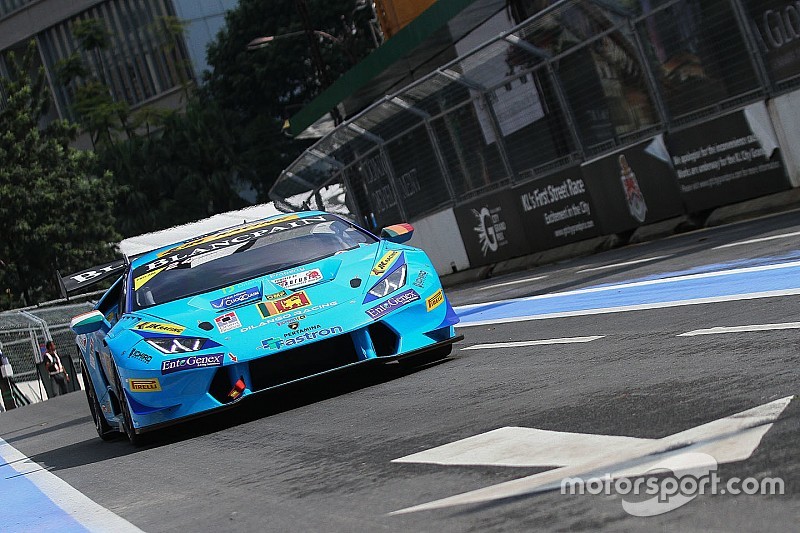 Armaan Ebrahim was in action this past weekend on the streets of Kula Lumpur in the KL City Grand Prix for the third round of Lamborghini Super Trofeo Asia series.

Coming into the weekend, Ebrahim and teammate Dilantha Malagumuwa led the Pro-Am class with 25 points apiece.

The first practice session for the Super Trofeo series was cancelled as the track was not ready on time and thus the drivers only got six to seven laps to get ready for the qualifying session.

Overcoming the difficulties, team Dilantha Racing qualified fifth for the race. The team were satisfied with the qualifying run and Ebrahim stated that they “understood what they had to do” in the races.

Issues in both races

Before the first race, the team brought some changes to the car on the roll bar stiffness and suspension. Ebrahim quickly got up to speed as the Indian had a great start to move up to second position.

However, as he was pushing for the win, on the fifth lap, the car started losing gears and the engine went into safe mode. Upon coming into the pits, they found that the gear pod sensor was gone.

They lost a couple of laps for the mechanics to swap the gear pod which meant they dropped places to finish 16th overall.

“Race one was going really well as I moved up to second and was looking very strong for an overall win as I had the measure of the leader in front,” Ebrahim commented.

“However, suddenly the gearbox stopped working and I could not shift any gears and that forced me to the pits. The gearbox pod sensor had failed and that was it.”

For the second race on Sunday, the team started fifth and once again Ebrahim had a good start to move up to second before pitting to hand the car to Malagumuwa.

During the pitstop, the car engine shut off because of overheating. The time lost to start it again meant they lost a position to finish third, on the podium.

“Race two was looking very solid again after starting fifth. This time it was quite a fight to make places and after a few laps I managed to get to second place and was attacking the leader ahead,” Ebrahim reflected back on the race.

“During the pitstop, gremlins struck again as the engine shut off due to overheating as the driver change was happening.

"By the time my teammate managed to restart and get back on track, we lost a place which cost us a good race win. Nevertheless, third overall and a podium was a good way to end the weekend,” he concluded.