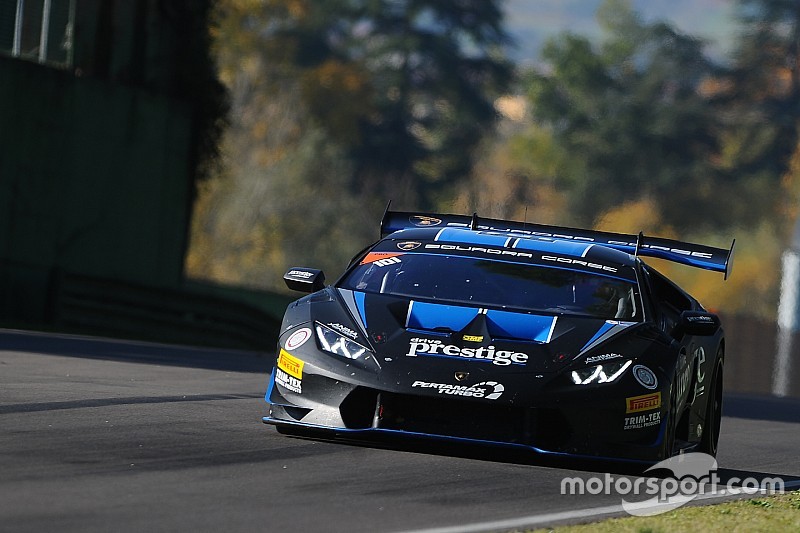 Loris Spinelli ran second behind pole-sitter Agostini during the first stint, with Dennis Lind also keeping up with the duo after dispatching Edoardo Liberati for third shortly after an early safety car intervention.

Agostini was the first of the leading trio to stop on lap 13 to hand over to Hindman, but once the stops had shaken out, he was running second behind Spinelli's teammate, Mikael Grenier.

The pair ran nose-to-tail after the stops, with Hindman briefly edging ahead at the end of lap 25 when Grenier ran wide out of Rivazza and took a bite of the gravel – only for Grenier to retake the lead into Tamburello.

On the next lap, Grenier ran wide again after defending into the first part of Rivazza, allowing Hindman to take the lead into the second of the double left-hander.

There was time for only one more lap in the 50-minute race, with Gernier completing a slow final lap to finish 6.8s behind.

Nemoto had a bad first lap at the start of the race, slipping from second to seventh by the time they got into Tamburello and losing two more places during the early stages.

Asia series champions Kai Cozzolino and Afiq Yazid finished just behind in eighth despite a 10-second penalty for the former, as Michele Beretta and Katherine Legge took ninth.

Edoardo Piscopo and Taylor Proto came through to win the Pro-Am class in 10th place, the latter passing Pieter Vanneste during the second stint and going on to win by 3.8s.

It was a closely-fought battle in the class, with Nicolas Gomar and Lucas Mauron just behind.