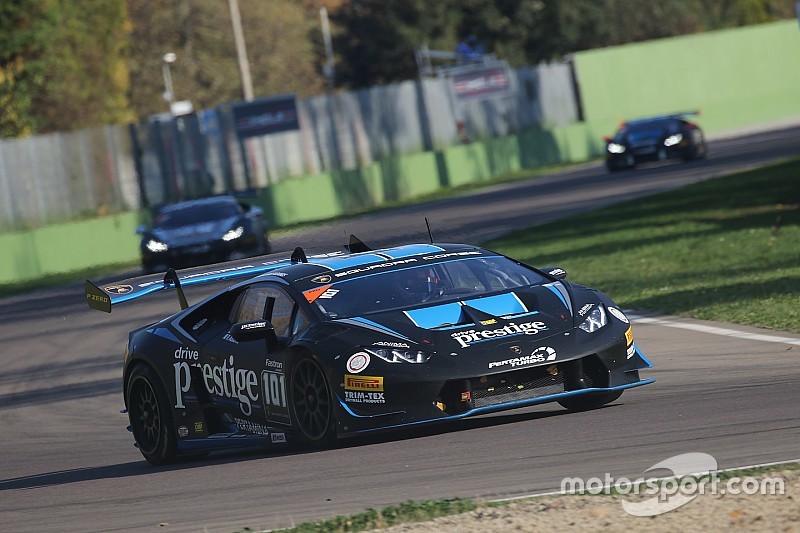 Agostini, the Super Trofeo North America champion sharing with Trent Hindman, hit the top halfway through the 20-minute session with a lap of 1m40.980s.

That knocked Yuki Nemoto off pole by just 0.011, and Agostini was still fastest when the full course yellow was thrown with eight minutes remaining thanks to Kei Cozzolino stopping at Tamburello.

Nemoto subsequently made several attempts to reclaim pole but was unable to improve before the red flag was deployed with 70 seconds of the session remaining thanks to a crash at the final corner.

Cozzolino, along with co-driver Afiq Yazid the Asia champion, was 10th after his session came to an early end with an off at Tamburello.

Taylor Proto was third in class, separated from Mauron by Enzo Postiglione’s Pro car. Michele Beretta rounded out the top 15, which was covered by just 1.205s.