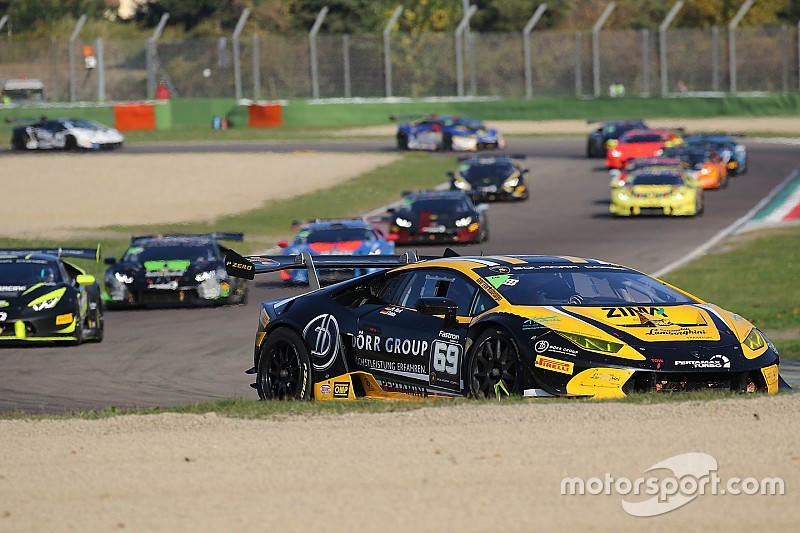 Massimo Mantovani won the second Am and Lamborghini Cup race of the Super Trofeo World Final at Imola, with Philipp Wlazik and Florian Scholze clinching the overall class title.

In a race interrupted by three safety car periods and then brought to a premature end with six-and-a-half minutes remaining, Mantovani, driving solo, ran third early on after passing Matej Konopka’s ARC Bratislava car into Rivazza on the opening lap.

Up ahead, Manuel Lauck led from JC Perez, having capitalised on polesitter Ryan Hardwick hitting the kerb too hard on the first lap at Tamburello and spinning before being collected by Yuki Harata.

Lauck had a lead of almost six seconds when the first safety car was deployed because of Olivier Jollin going off at Tosa.

The safety car period allowed Perez, leading the Lamborghini Cup class, to close up and eventually take the lead on the run into Tamburello on lap 11.

By this time, the pitstop window was already open, with Mantovani among the drivers who dived in at the earliest opportunity.

Perez, driving solo, and Lauck, who handed over to Jaap Bartels, left their stops longer and rejoined down in 11th and 13th respectively.

Carrie Schreiner had taken the lead during the pitstop sequence having run sixth in the first stint, but was hit with a drive-through penalty for a pit-stop infringement.

When she served her penalty, Mantovani took the lead with Brian Thienes running second but soon having to take a drive-through for crossing the pit exit white line.

Mantovani held onto his lead through two further safety car periods, one for Mario Cordoni going off at Tosa and the other for Oliver Engelhardt at Villeneuve.

The Imperiale Racing driver was still up ahead when Perez, running sixth, ran wide into the gravel at the exit of the second Rivazza, spinning as he attempted to rejoin and hitting Lamborghini Cup class rival Hardwick.

This speared Hardwick heavily into the wall, bringing out the red flag with six-and-a-half minutes remaining.

Cyril Leimer and Laurent Jenny finished second on countback after the latter was passed by the charging Dilantha Malagamuwa at Rivazza shortly before the red flag.

But in fourth place, Wlazik, who along with Scholze won Saturday's first race, secured enough points to take the overall World Final crown ahead of Mantovani.

Matej Konopka, who was in a position to win on points early in the race, finished fifth and ended up third overall.

Perez won the Lamborghini Cup race in sixth place on countback despite his crash ahead of Hardwick, with Brandon Cassels third and ninth overall.

But the overall title went to Gerard van der Horst, who finished fourth in class on top of his Saturday win. 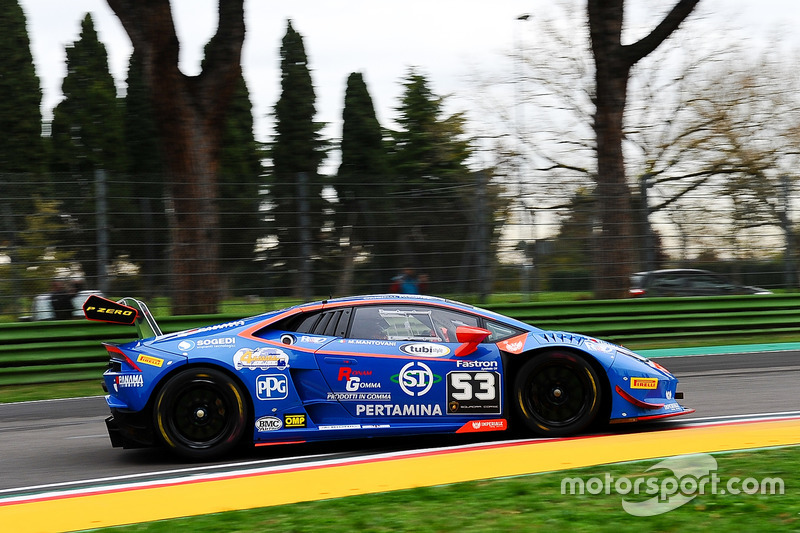