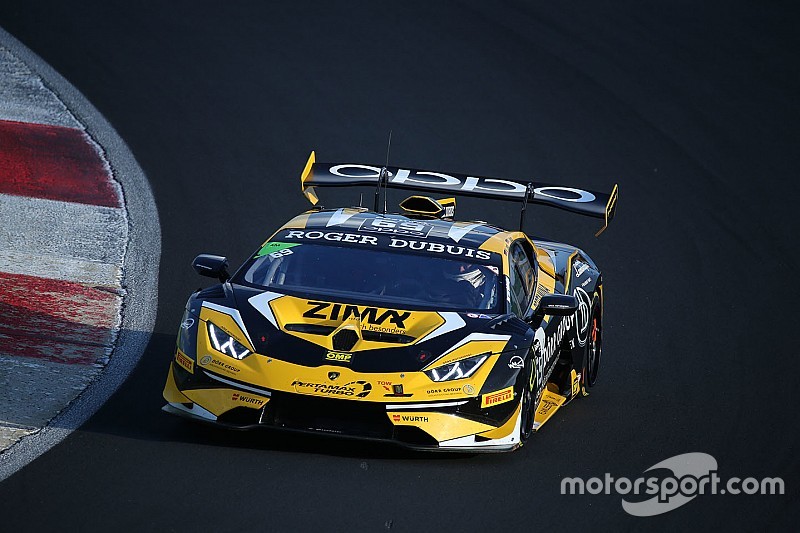 The second race of the Lamborghini World Finals was won by German racers Florian Scholze and Manuel Lauck for Dorr Motorsport in a thrilling finish to the line.

The second-placed car of Raffaele Giannoni had been closing in on Scholze over the final few laps – and despite having a look at passing at the final corner – Scholze held on for victory by just 0.3 seconds.

It was an important victory for Scholze and Lauck who closed the championship gap on Piero Necchi. The latter lost control of his Huracán Super Trofeo Evo early in the race under-braking at Turn 11. The race was neutralized for ten minutes while the marshals retrieved his stricken machine.

The final podium placing was held by Jake Rattenbury and Aleksander Schjerpen, but shortly before the end of the 50 minute race, Schjerpen spun and fell to sixth place at the chequered flag.

Third place was inherited by Italian Glauco Solieri who had started this Super Trofeo Europe AM & LC race in seventh place.

Running in fourth in the latter stages was Davide Roda, who had made great process through the field, having started in 20th position, but his good work was all undone when he locked up and made a mistake at Vallelunga's Turn 10 hairpin and his race ended in the tyre wall.

Carrie Schreiner and Christopher Brück took fourth place for Konrad Motorsport after a late-race move past Cederic Leimer (who was sharing with Laurent Jenny).

Seventh was the Polish entry of Mariusz Urbanski / Mikrut entry who were 14 seconds down on the sixth of Schjerpen.