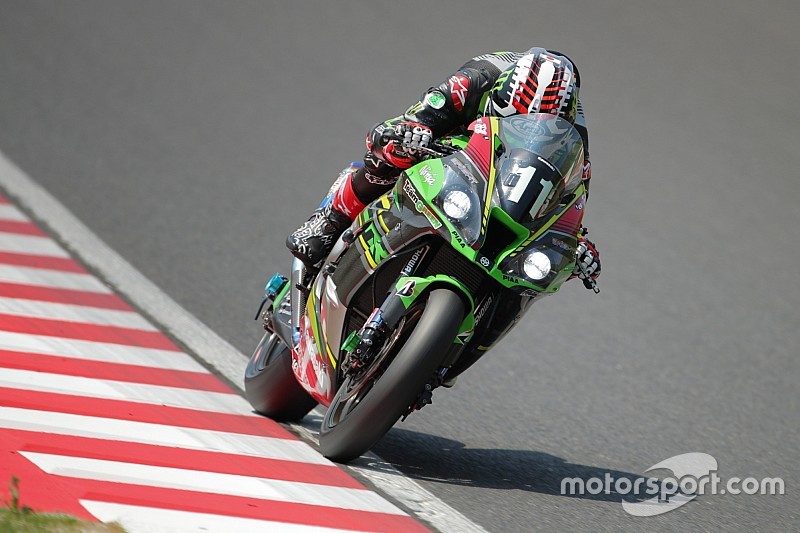 Due to overnight showers and threat of a looming typhoon, the superpole-style Top 10 Trials was scrapped in favour of a straightforward 40-minute session.

Bradley Ray set the initial pace for #12 Yoshimura Suzuki with a time of 2m06.642s, before Michael van der Mark went 0.171s quicker to put the #21 Factory Yamaha squad at the top of the timesheets.

Rea took over from his teammate later in the session and after a few warm-up laps bolted in a 2m05.722s to further edge ahead of rest of the field.

While pole position seemed certain at this stage, the 31-year-old managed to go quicker still with just four minutes left on clock, sealing top grid spot for himself, Haslam and Kazuma Watanabe with a time of 2m05.403s.

Honda qualified on the front row on its factory return to Suzuka 8 Hours, with LCR MotoGP rider Takaaki Nakagami, who shares the #33 bike with Takumi Takahashi and Camier's replacement PJ Jacobsen, setting the second fastest time of the session, 0.724s down on Rea's benchmark.

Tsuda had an off around halfway through the session and Suzuki was unable to repair the bike in time for another run.

Meanwhile, the #95 S-Pulse Dream Racing team ended up just over a tenth behind the factory Suzuki in sixth but half a second clear of the #090 MotoUP Honda entry.

The #7 YART Yamaha squad, which is contention for the EWC title, qualified eighth, while the top 10 was completed by the #19 Moriwaki and #79 SuP Dream Hondas.