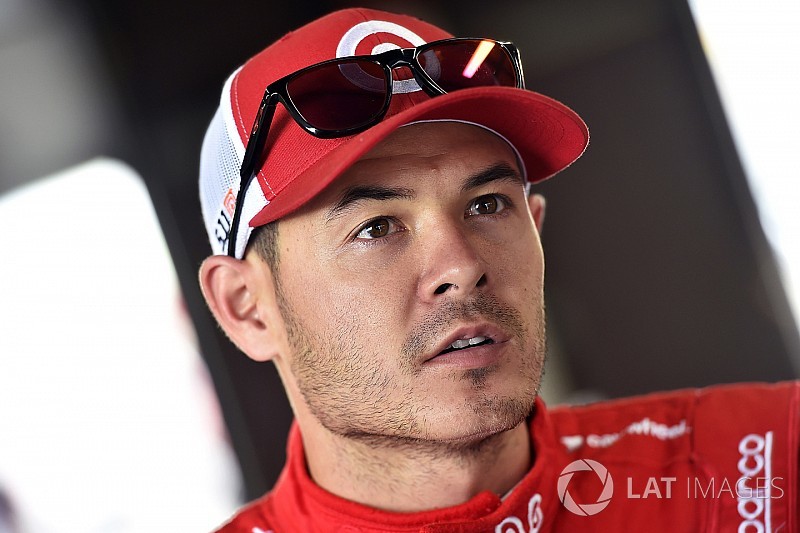 After missing the finale last year, Larson locked himself into the show with by winning the feature for Warren Cat Qualifying Night.

Larson started second to Zach Daum and passed the No. 5d midget for the lead on Lap 8 and held on for the final 17 laps in the No. 01 Mike Larson-owned midget prepared by Keith Kunz.

“It’s cool to get a win for my dad,” Larson said. “It’s been a long-time since I ran a car owned by my dad. It goes back to when I was go-kart racing. It’s cool to win for him and iRace and everyone on board with our car—Keith Kunz, Pete Willoughby—and all they’ve ever done for me in my career. I’m extremely thankful for that.

“It’s cool to be back up here on the stage. Last year was a bummer. So tonight, to have a smooth night—this was the first night that I’ve had a smooth prelim night in probably five or six years, it feels like. It was a clean night. Last year, I got to watch the 55-lap race and that was no fun. Hopefully, we can keep it up front on Saturday.”

Larson reminisced about the opportunity Clauson offered him to race in the Chili Bowl Nationals.

“In 2010, I was sitting in the grand stands on Friday night during the National Anthem, and he gave me a shot to fill in for one of his sick drivers,” Larson said. “I’ll always remember that. To tie him in prelim wins is pretty special, but I want to match him and when a Saturday night feature as well.”

Sweet, who is making his Dooling Hayward Motorsports debut in the No. 63D, came from fifth and passed Zach Daum for second on Lap 16.

“It was all tight racing,” said Sweet who passed Daum for second on Lap 15. “We don’t want to take anyone out because we want to get locked in for the show. The stress comes off wants you make the show.

“Now we can relax and have a couple of beers tonight. We’re excited.”

Polesitter Daum led seven laps in the No. 5D midget before his car stalled between Turns 1 and 2 on Lap 21. He finished 16th.

Evans held off Justin Allgaier to win the first B Main. Kyle Hirst topped Kyle Jones in the second B Main on Tuesday.

Chili Bowl: Is this the year Larson brings home the Golden Driller?