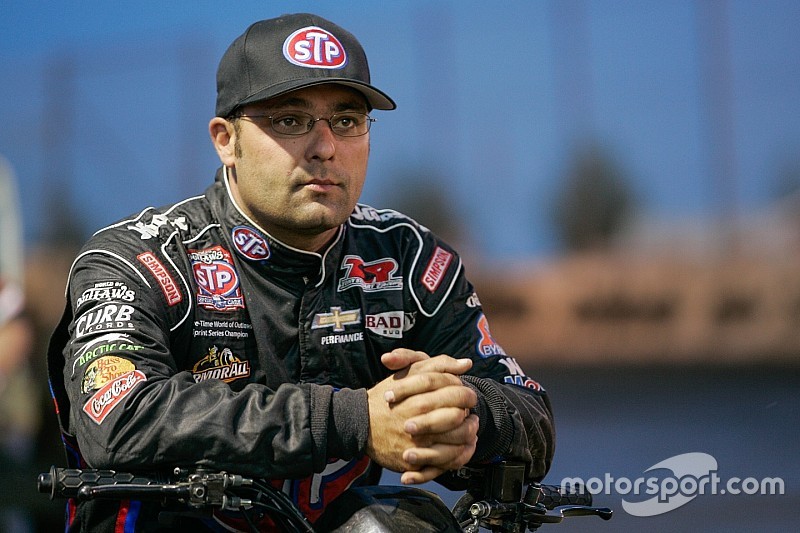 After winning rookie honors in 2017, Donny Schatz returned for a second bite at the Chili Bowl Nationals.

The nine-time World of Outlaws champion had always been hesitant about racing in the event.

As many times as he attended the Super Bowl of Midgets, Schatz preferred the role of spectator to participant.

“Midget racing isn’t something that I really had a dedication towards or an appreciation of,” Schatz told motorsport.com. “I was so focused on the Sprint Cars and the World of Outlaws and at a young age, that’s what kept me from other forms of racing.

“I’ve been to this event many times, I just never really had the desire because these are small cars and I’m not a small guy. It’s a challenge getting in and out. And I think more than anything, there are a lot of people that rely on me to make sure I’m ready to get into that sprint car come Florida and finish the whole season and make every race.”

Schatz’ focus and immense talent have elevated him to third on the all-time WoO win list behind Steve Kinser (577) and Sammy Swindell (294) with 249 victories. He’s won 10 Knoxville Nationals —second only to Kinser (12).

Despite Schatz' comfort level in the cockpit of a 410 winged-spring car, climbing in and out of a midget is a bit more cumbersome.

What took so long?

So what could possibly motivate a 40-year-old racer of Schatz’ stature to try something new? The answer is simple: Bryan Clauson. The 2014 winner of the Golden Driller never had the opportunity to race against his fellow competitor. He passed away from injuries sustained in the 2016 Belleville Nationals.

“Doing different forms of racing—if it’s a car you can get comfortable in and you feel good in and it’s very safe—these are very safe cars, don’t get me wrong—but to go to the mecca of all the midget races as ‘a fun gig’? You’re right. It did take a long time for me to do it,” Schatz said.

“And without Bryan Clauson being here, I probably still wouldn’t be here to this day. That’s what really brought me here was really being a part of B.C and Clauson-Marshall Racing. Bryan tried to get me to do it for five years. He always knew the answer when he’d come and talk to me. (laughs). But I couldn’t say no to this one.”

Chili Bowl Nationals co-founder and renowned race promoter Lanny Edwards also did his best to persuade Schatz to race in the event. Unfortunately, Edward’s passed away in September before seeing Schatz take his first laps on the quarter-mile dirt track last year.

“Lanny always used to try to get me to run. He used to give me grief from the first time I went to Devil’s Bowl in ’96 or ’97,” Schatz said. “It’s winter time for World of Outlaws so you’re at home working, doing those things.

“I do go to Australia—and it keeps me fresh in the car. And I’ve also built a relationship with the fans and the promoters in Australia. So you do that for 20 years and then you stop, you lose all that so you keep going and keep building. That’s what you want to do. That’s what I’m still doing.”

Schatz hopes to build on his experience from last year’s Chili Bowl. He finished fourth in both his heat race and qualifier on Wednesday. Schatz was running ninth with five laps remaining in the A Feature before getting caught up in a wreck and breaking the front axle on the No. 15 midget.

“It would have been great to make the Main,” Schatz said of last year’s experience. “But I’m not discouraged by my performance in this. It’s kind of out of my element for what I’ve been doing. These guys drive pretty aggressive. Sometimes I think their aggression is more than their control—or their well-being for another person on the race track. That’s just part of it. That’s just the way these cars race.

“It maybe helps you a little bit, or maybe gets you over the edge a little bit for the way you race. But I’m never going to be the kind of guy that races that way. You might have a little give and take in that scenario and when you’re that close the first time. But when you’re surrounded by good people, great things happen. I’m not going to disappoint them this time. I’m going to get that thing in the show.”

Although Schatz likes the challenge that Chili Bowl presents, what really brought him back to Tulsa Expo Raceway were the people and the fun.

“Any race you go to, for me, that’s not a World of Outlaws race it’s like going there for fun,” Schatz said. “There’s no pressure. There’s no hype. There’s no expectations. It’s just go there and have a great time. If you hang out here in the pit area throughout the week, every one of these guys is awesome to be around. You’ve got Richard and Jennifer Marshall, Tim and Diana Clauson, Matt Wood. All these people that are there are just incredible people. And they all have a good time.

“I see them at the races in the World of Outlaws shows with ownership in other teams. We compete against each other every day, but here we are at the Chili Bowl all under one banner. It really gives you a new perspective of how small the racing community really is and how great a lot of these people really are. A lot of people come to see this event and I’m glad to be a part of it.”