Alex Marquez to remain in Moto2 for 2019 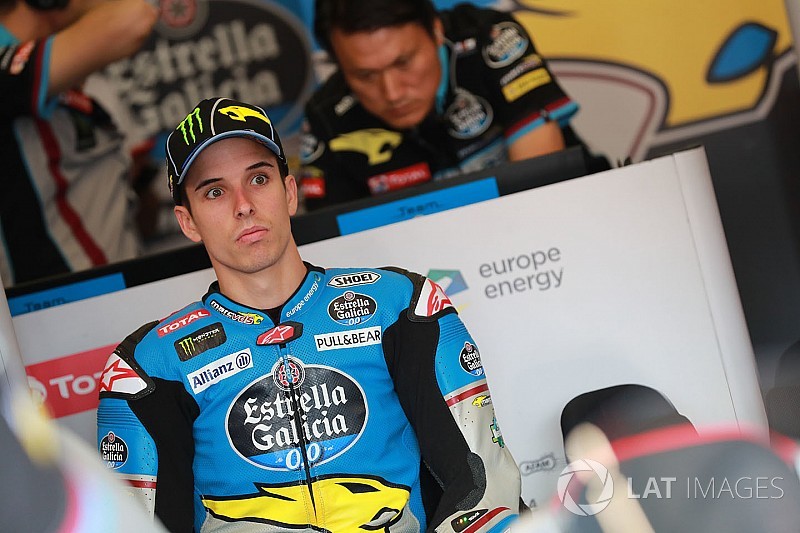 Alex Marquez, younger brother of MotoGP champion Marc, is to remain in Moto2 for at least one more season after concluding a fresh one-year agreement with the Marc VDS team.

Former Moto3 champion Marquez had been linked to a possible MotoGP move in 2019, although his options appeared limited to a seat at the Avintia Ducati team, with almost all other rides settled and Marc VDS itself unlikely to continue in the top class beyond this year.

After winning his first grands prix in Moto2 last year, Marquez has yet to win a race so far in 2018, although he sits third in the standings behind Francesco Bagnaia and Miguel Oliveira.

Bagnaia and Oliveira will move up to MotoGP next year with the Pramac Ducati and Tech 3 KTM squads next year respectively, while Marquez's current teammate Joan Mir will join the factory Suzuki team.

Marquez instead will stay to spearhead Marc VDS's title assault in the intermediate class in 2019, which marks the arrival of Triumph as the category's sole engine supplier.

"I would like to thank the team for [Marc VDS's] confidence in me for a project that has us all very excited, ahead of a year in which there will be many regulation changes and novelties," said Marquez.

"This will help me to continue growing as a rider and prepare me for one of my objectives, which is to move up to MotoGP.

"I have great motivation to continue being part of this project, and we will give our all to win the Moto2 World Championship."

Speaking last weekend at the Sachsenring, Marc Marquez said staying in Moto2 for another season was the right choice for his younger brother despite the rumours of a MotoGP move.

"Alex is 22 years old; just because someone jumped into the main category being 20 or 21 does not mean he has to do the same," said the four-time premier class champion. "It is important to be ready.

"A rider's career is short and that is why you have to make it last as long as you can. It isn't the same to face a Sunday knowing you can win, as just aiming for a top 10.