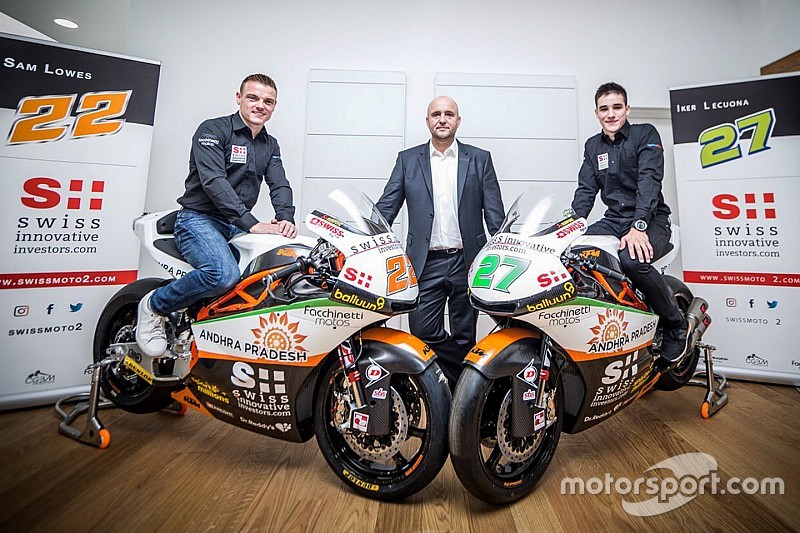 The South Indian state of Andhra Pradesh will sponsor Swiss Moto2 outfit CGBM Evolution, which will run under the Swiss Innovative Investors banner in the MotoGP-supporting series in 2018.

As part of the deal, CGBM Evolution will run Andhra Pradesh’s ‘Sunrise State’ livery, featuring a combination of white, yellow and black colours.

Jesko Raffin will ride for the team in the European Moto2 championship, while Pedro Acosta will be the rider of choice for the outfit’s Moto3 Junior World Championship assault.

“Since the beginning of our adventure, we have always taken risks and moved forward,” Team Principal Fred Corminboeuf said.

“We have noticed that the WP-KTM relationship works wonderfully and it seemed logical to join KTM for the 2018 season.

“I am convinced that we will be able to keep our title contender status with Sam Lowes and Iker Lecuona, two talented riders.

"Behind them, we will do our utmost to achieve this goal we have missed over the past two years.”

CGBM Evolution piloted MotoGP-bound Thomas Luthi to second in the 2017 Moto2 standing, the Swiss rider missing out on the title after sustaining an injury in the penultimate race of the season.

The Moto2 and Moto3 riders worth watching in 2018