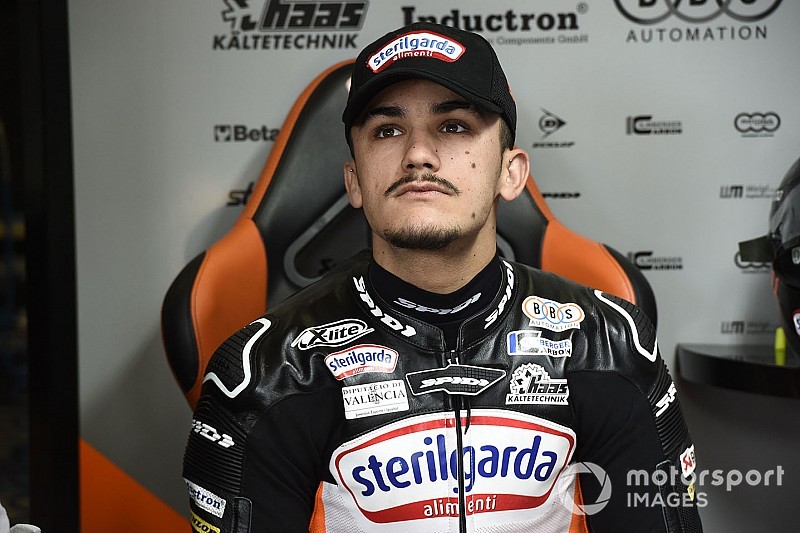 Moto3 title contender Aron Canet will step up to the Moto2 class in 2020, after signing a one-year deal to join the Angel Nieto team.

Canet made his grand prix debut in Moto3 in 2016, and finished third in the standings the following year after scoring his first three victories.

He stepped over to the new Max Racing Team outfit run by double World Superbike champion Max Biaggi for this year, and is currently just one point shy of standings leader Lorenzo Dalla Porta having amassed two wins and three other podiums.

“I am excited about the step up to Moto2,” Canet enthused. “After four seasons in Moto3 I am fighting for the title but I have decided to take the decision already to move up in category and to do it with the Angel Nieto Team, because Jorge Martinez 'Aspar' is an important figure in motorcycling and he and his team are offering me everything I want, which is a local team and a family environment.

“I am happy to be joining the Angel Nieto Team, who have celebrated a lot of titles, won a lot of races and even more podiums. They have a lot of experience and will be able to give me the advice I need to help my career progress.”

The Nieto team returned to the Moto2 class this year having withdrawn at the end of 2014 to focus on its now-defunct MotoGP operation.

Hiring British Superbike star Jake Dixon and Xavi Cardelus for 2019, the team has just four points to its credit courtesy of a 12th for Dixon at Assen amid a largely barren campaign on the KTM chassis.

With KTM pulling out of Moto2 at the end of the year, it is unclear what Nieto’s plans are for a chassis partner for next season.

It will once again operate a two-rider outfit in 2020, but it is not known at this stage if either Dixon or Cardelus will be retained.