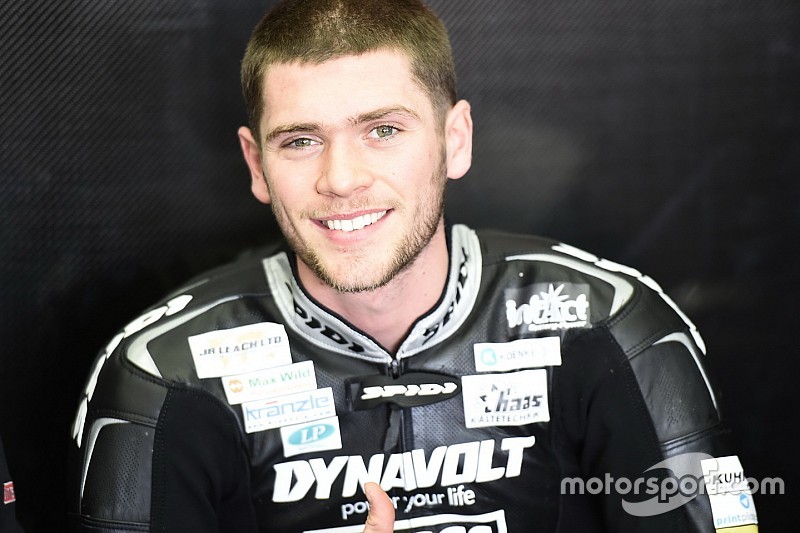 Dixon made two appearances in the intermediate class last season, appearing first as a replacement for the injured Danny Kent at Silverstone and then getting a wildcard for the season finale at Valencia, both times riding for the Intact GP team.

The 22-year-old enjoyed a breakthrough campaign in BSB last season, winning two races at Knockhill on his way to sixth in the standings, and lies second in this year’s title chase behind Leon Haslam.

Dixon is in the paddock at the Red Bull Ring this weekend to meet with Moto2 teams as he looks to make a permanent switch to the grand prix paddock.

“I want to be here,” Dixon told BT Sport. “It’s everyone’s dream to be in the MotoGP paddock at the end of the day. We’re working to see what options are available.

“Don’t get me wrong, I love racing in the British championship, but you always want to feel like you’re progressing in your career and going forwards.

“We’re here and we’re having a look around, to see what we can find.”

Dixon said the fact that Moto2 is switching from Honda to Triumph engines next season makes 2019 the perfect time to make the transition from Superbikes.

“If I’m gonna do it, it needs to be now to become into this paddock,” he said. “There’s no better to come into it than when it’s changing from Honda to Triumph.

“If there’s any time to come, it’s now. There are a few things on the table, Frankie [Carchedi, manager] keeps me updated.”