Fabio Di Giannantonio has expressed his disillusionment that Moto2 rival Augusto Fernandez was not penalised for his race-winning move in last weekend's Misano race.

Speed Up rider Di Giannantonio was denied a first Moto2 victory on the final lap at the Italian track, having led every lap up to that point from pole, when Fernandez barged his way through with an aggressive move at the slow Turn 14 right-hander.

The move was immediately placed under investigation as Fernandez had ostensibly gained momentum by running off the track just a couple of corners earlier, but in the end the stewards decided not to award the Spaniard a penalty.

Di Giannantonio made his unhappiness with the situation clear, pointing out that he had a win in Moto3 taken away from him last year because of a three-second penalty for exceeding track limits at Le Mans.

"The problem is you shouldn't be able to win a race by gaining time because you've been off the track," said a frustrated Di Giannantonio.

"Last year I lost a race at Le Mans because I had gone off the track, but I hadn't even gained time or positions. So I don't see why this manoeuvre [Fernandez's] shouldn't also be penalised."

Speaking after the stewards' decision to Sky Italia, he added: "They told us that he went on the green [area] three times [during the entire race], and we both have track limits warnings.

"If there had been grass [instead of green tarmac], Fernandez would have braked or crashed. He said it was a dangerous situation and went on the green to not hit me. But I think as race leader I had the right to decide how to take the turn."

For his part, Fernandez was convinced he hadn't gained time by going off the track.

The Pons rider said: "I had only touched the green [area] twice, so I had another warning before the penalty. He says that I gained from that manoeuvre, but I am convinced I lost time.

"I was right on his rear wheel entering the corner and I had to decide whether to go inside or outside. I decided to go outside and I ended up wide. But the overtake was two turns later."

Fernandez's third victory of the Moto2 season means he is now within 26 points of championship leader Alex Marquez with six races to go. 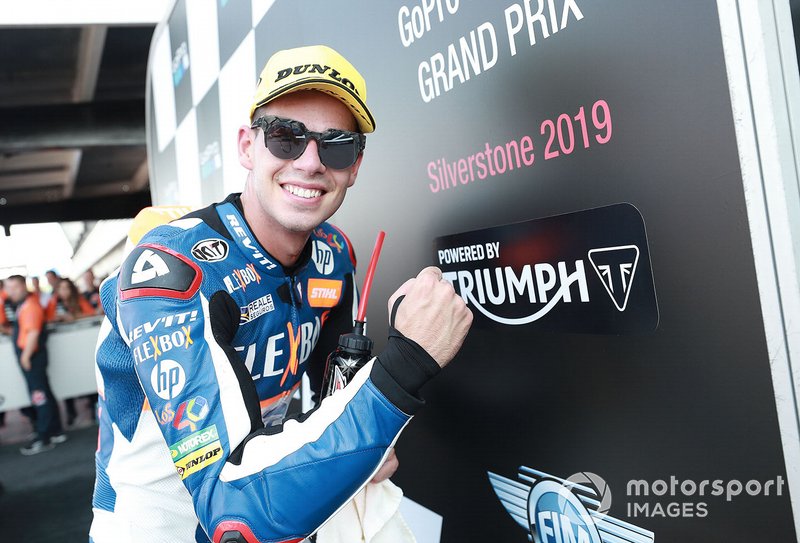 More from
Speed Up Racing
Moto2