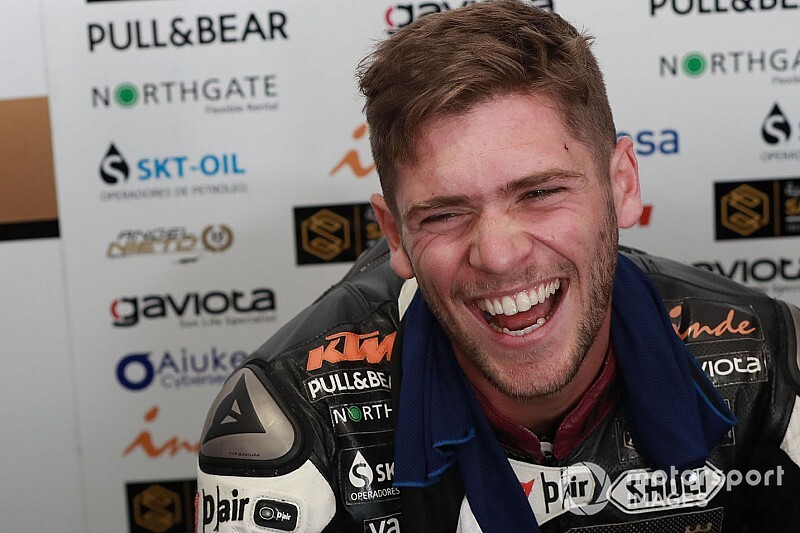 Jake Dixon has been named as Petronas Sprinta Racing's second rider for the 2020 Moto2 season.

Dixon joins the previously-announced Xavi Vierge in an expanded two-bike line-up for the Malaysian team in the intermediate class, moving across from the Angel Nieto squad.

The Englishman has endured a tough debut season in grand prix racing on the KTM, having scored points only once in 13 attempts. The ex-British Superbike frontrunner will make the transition to Kalex machinery for his sophomore Moto2 season.

“Jake Dixon is a highly rated fine addition to the Petronas Sprinta Racing team and we’re expecting good things from him and Xavi Vierge in Moto2 next season," said team boss Razlan Razali.

"The British Superbike Championship is extremely competitive, so for him to win races in his first full season and finish second the following year there shows his potential.

"We've been taken by Jake's talent and application in his first year of Moto2."

Dixon himself commented: “I’m super excited to be joining Petronas Sprinta Racing and I can’t wait to jump on the bike. It’s clearly a great team - you only have to look at the success they’re having this year in MotoGP and Moto3 to see that.

"It’s a massive opportunity for me, and I’m definitely going to be giving it my all to do my very best.

"2019 hasn’t been the easiest of years for me, but I’ve learned a lot and it gives me a good base for 2020. The Kalex is a well-proven bike, and it’ll be nice to jump onto one of them too.

"I don’t know what the targets will be until I try out the bike, and I’ll start the season just taking it race by race. I’ll know what’s possible after testing, but now that I’ve got an amazing team behind me I want to be fighting for podiums by the end of the season.”