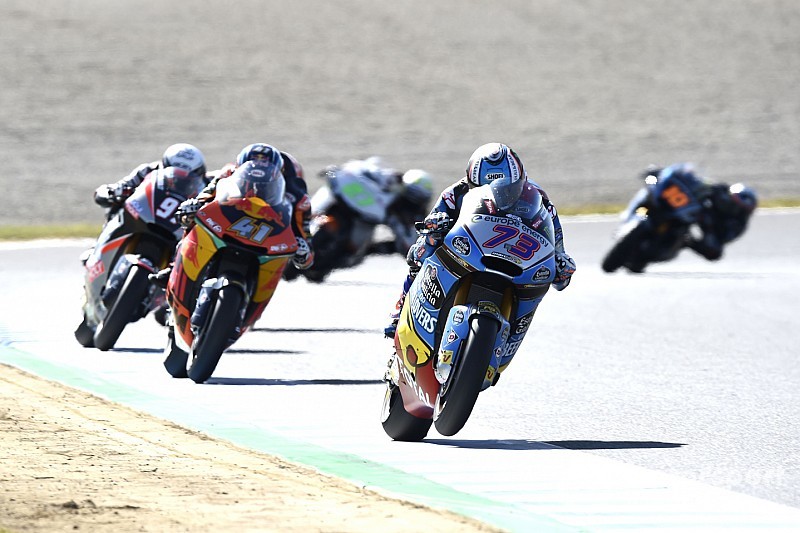 MotoGP support categories Moto3 and Moto2 have shown off their rider rosters for 2019, releasing their provisional entry lists for the coming season.

The list also includes MotoGP rider Tom Luthi, who will step back to the intermediate class after a difficult rookie campaign in the premier category with Marc VDS Honda.

While the vast majority of the 2019 rider signings have been announce in advance, the entry list does confirm that Stefano Manzi will partner Dominique Aegerter on Forward's MV Agusta bikes next year.

Lukas Tulovic's full-time Moto2 graduation with Kiefer is also firmed up, after the 18-year-old former ADAC Junior Cup runner-up had two outings with the German team this year.

Makar Yurchenko is confirmed at BOE Skull rider alongside Kazuki Masaki, while three-time Moto3 race winner Niccolo Antonelli slots in at SIC58 for what will be the 22-year-old Italian's eighth season in the category.