Moto2 rider Romano Fenati was disqualified from the series' race at Misano after a surreal incident in which he attempted to grab rival Stefano Manzi's brake lever on the straight.

Fenati's actions appeared to come in retribution for Manzi's bungled attempt to overtake his compatriot a few laps prior at the hairpin-like Turn 14.

The pair had made contact in the fight for 12th as Manzi steamed down the inside, and both ran off track, losing several positions and dropping out of the points.

They remained together on track before Manzi crashed out at Turn 10, but Fenati, who is a Moto2 rookie this year aboard a Marinelli Snipers-run Kalex bike, was soon black-flagged for “irresponsible riding”.

A replay then showed that Fenati had pulled alongside Manzi on the back straight and pressed on the brake lever of his rival's Forward-run Suter, the move briefly throwing Manzi off-balance before he regained control of the bike.

Once seen as one of grand prix racing's most promising rising stars, Fenati has been no stranger to controversy, famously kicking out at Moto3 rival Niklas Ajo and switching off Ajo's bike during practice starts in an Argentina warm-up session in 2015.

He was let go by Valentino Rossi's Sky VR46 programme in 2016 after his Moto3 team suspended him for “behaviour not in line with the disciplinary rules of the team”.

However, Fenati got his career back on track by finishing runner-up to Joan Mir in the lightweight class last year and securing a Moto2 promotion.

Fenati has a deal in place to continue in Moto2 in 2019, as he signed with the MV Agusta operation that will be run by Forward – ironically the same team that currently fields Manzi.

He added: "This is unbelievable. Are you kidding me? That’s where you tell him, ‘go pack your bag and we’ll see you next year’. That’s ridiculous." 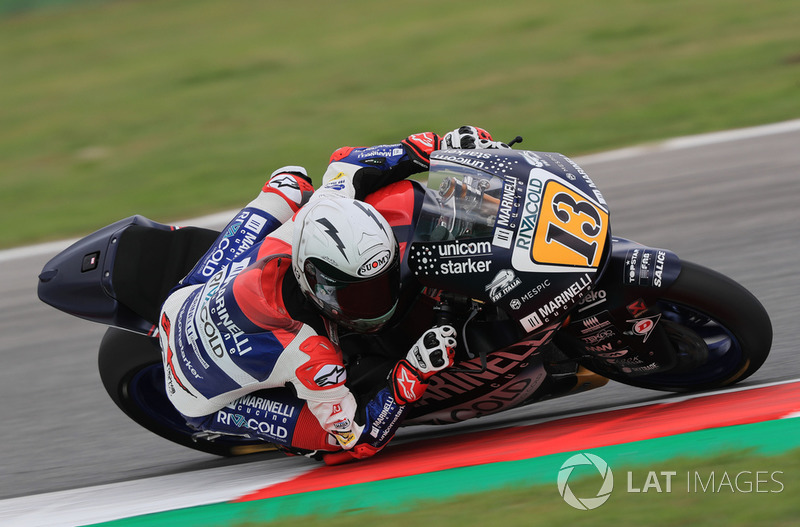