Kiefer Racing will enter a two-bike line-up in the World Supersport championship in 2020 after losing its Moto2 grid slot.

The German squad, a mainstay of Moto2 since its inception and the winner of the 2011 intermediate class title with Stefan Bradl, revealed back in August that series organiser Dorna had decided to reject its application to be on the grid next year.

Instead, it has switched over to the World Superbike paddock and will run a pair of Yamaha YZF-R6 bikes in Supersport for Lucas Tulovic, who rode Kiefer's solo KTM in Moto2 this season, and Thomas Gradinger, who moves across from Kallio Racing.

Gradinger placed ninth in the standings this year and seventh in 2018, scoring a sole podium finish in this year's Assen race.

"We’re very happy and proud to start this new project and to be able to announce it now," commented team boss Jochen Kiefer.

"In the Supersport World Championship we find a completely new challenge for us. 2020 will therefore be a new beginning for Kiefer Racing, as we know neither this championship nor this paddock so far. But we’ve started with the preparations since long and it is a lot of fun to work towards this new beginning.

"Everyone in the team is highly motivated and we already feel the famous tingling in our stomach when the already ordered bikes will arrive in our workshop. So, we hardly can wait any longer to start to build up the bikes and getting to know the new technology for us thus far.

"Our thanks to Dorna for the confirmation of the starting places, as well as to Yamaha for her great concession."

Tulovic isn't the only rider to be making the switch from Moto2 to Supersport this winter.

Among the German's rivals will be Andrea Locatelli aboard an Evan Bros. Yamaha, Philipp Oettl on a Puccetti Kawasaki ZX-6R and Steven Odendaal on a Ten Kate Yamaha.

Additionally, Turkish youngster Can Oncu will race a Puccetti-run Kawasaki under the 'Turkish Racing' banner after a single campaign in Moto3 for Ajo Motorsport.

One-time Moto3 race winner Oncu has been replaced for 2020 by twin brother Deniz. 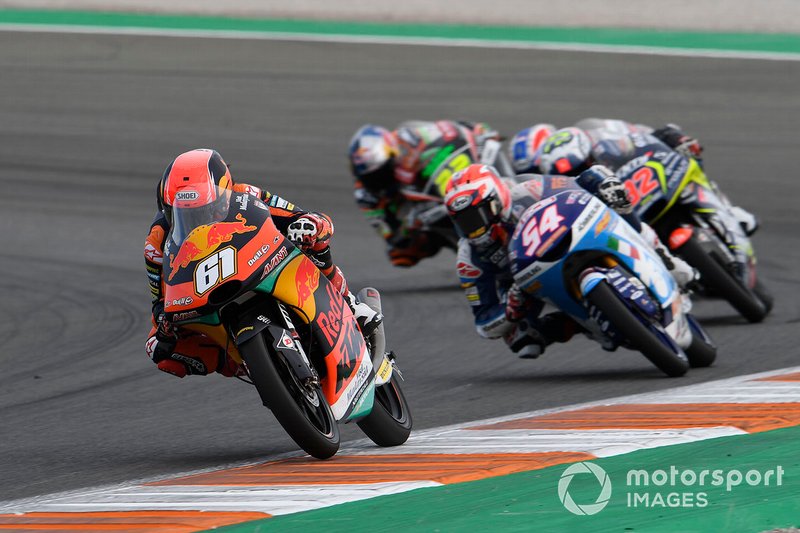