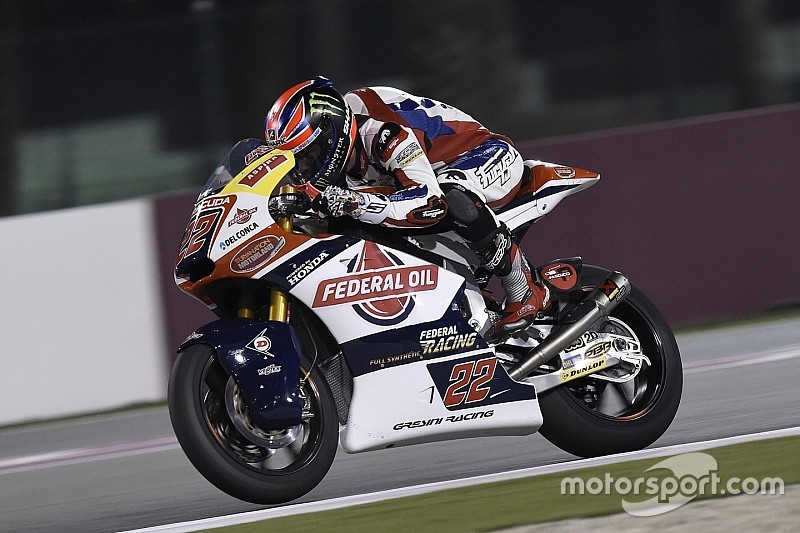 British rider Lowes, who will be stepping up to MotoGP in 2017 with Aprilia, topped the timesheets in the ninth and final session at Losail aboard his Gresini-run Kalex with a 1m59.405s.

That was enough to depose Interwetten rider Luthi, whose best time was set on Sunday's penultimate session, by 0.203s in the final reckoning. The Swiss rider had also set the pace on the second day.

Jonas Folger (Intact Kalex) was second quickest behind Lowes in the final session, albeit missed on overhauling Luthi for the second best time overall by 0.044s.

Pons rider Alex Rins set the pace on the opening day of the test, but slumped to fourth in the final reckoning, just 0.008s clear of Forward Racing's Lorenzo Baldassarri.

Simone Corsi (Speed Up) was the best of the non-Kalex riders in 12th place.

Moto2 and Moto3 preview: Who can stop Johann Zarco?