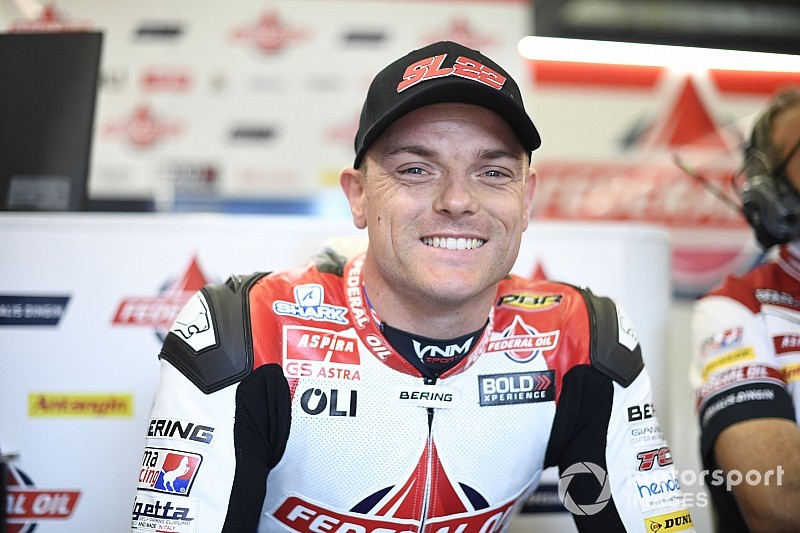 The Marc VDS team has confirmed it has secured the services of ex-Aprilia MotoGP rider Sam Lowes for the 2020 Moto2 season.

Following a tough rookie campaign in the premier class with Aprilia in 2017, Lowes returned to Moto2 with the Gresini squad last year.

The three-time Moto2 race winner has failed to replicate the success he enjoyed in his first three seasons in the class, with no top-five finishes thus far leaving him 16th in the standings on 38 points.

Lowes’s exit from the Gresini team was announced last month, with links to Marc VDS quickly surfacing – a move which looked all but certain when current rider Xavi Vierge was confirmed earlier this week as a Petronas SRT rider.

"I am very happy and grateful to have the opportunity to join what I consider to be the best Moto2 team,” said Lowes. “Alex Marquez is doing a great job this year and having him as a team-mate will allow me to learn a lot from him.

“I have gone through some difficult times throughout my career and I think my time has finally come.

“I'm really looking forward to working with everyone on the team. It's a dream come true and I will do everything in my power to return the confidence placed in me in the form of great results.”

Marc VDS has won two riders’ titles in Moto2, and is on course for a third this year with Alex Marquez – who will remain with the team in 2020 despite being linked to a MotoGP move earlier in the year – leading the championship by 35 points.

“It's great news to add Sam to our team," said the Belgian. "We know him well and we know his talent as a rider and his values as a person.

“He shares the philosophy of the team, our way of seeing and doing things, and that's very important.

“He has proven to be a fast rider, but I think he can still give a lot more in a team like ours that will put all the tools available at his disposal.

“I am convinced that he can bring us great success and happiness. Without a doubt with Alex, they will form a great pairing that we hope to see regularly on the podium.”

Current Sky VR46 rider Nicolo Bulega is set to take Lowes’s place at the Gresini squad for his sophomore Moto2 season next year.

Gresini's Moto3 outfit meanwhile has confirmed that Gabriel Rodrigo will remain with the team in 2020. The Argentine lies 15th in the standings, having missed the last three races in the lightweight class due to injury.