Moto2 frontrunner Luca Marini has declared he is not prepared to move up to MotoGP prematurely just to give himself the chance to race against half-brother Valentino Rossi.

Riding for the Rossi-owned Sky Racing Team VR46, Marini won his first grand prix in Malaysia last year on his way to seventh in the Moto2 standings, while teammate Francesco Bagnaia won the title.

Marini remains with the Italian squad heading into 2019, and a strong season alongside team newcomer Nicolo Bulega could put the 21-year-old in the frame for a move up to MotoGP in 2020.

But, speaking during Team VR46's Milan launch event on Friday, Marini downplayed such a prospect, even suggesting he would be prepared to emulate Johann Zarco and remain in Moto2 if he won the title to wait for a better MotoGP ride.

"The result I get at the end of the year doesn’t matter," said Marini. "Of course my objective is to win, but this is everyone’s objective. But it’s not like, if I become world champion, I am forced to go to MotoGP.

"We must keep observing the situation with contracts in MotoGP – the majority are for two years and there are only a few riders on one-year deals. We have to wait for the right opportunity.

"We’ll see what happens next year, but I’m not in a rush to get to MotoGP."

Pressed on whether being able to go up against Rossi in MotoGP could incentivise an early move, Marini replied: "Of course this would be fascinating, but I think both of us must think only about how to make the most of our careers.

"I don’t want make a risky choice just to race against Valentino for a year and jeopardise my career. The best thing to do is to do well in Moto2 this year and then evaluate everything with a clear mind." 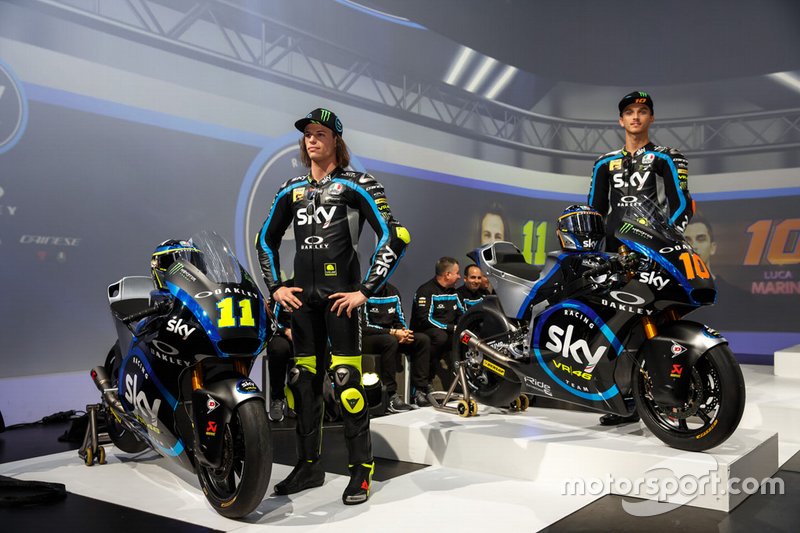 Marini went on to cite the example of 2017 Moto2 champion Franco Morbidelli, who endured a tough debut season in the premier class on a Marc VDS Honda, as a situation he would be keen to avoid.

"I think that, especially in modern-day MotoGP, it’s so important to arrive in a team that is at a competitive level and not risk ruining your career," he said.

"For example, last year Morbidelli found himself on a bike that did not match his talent, and so he had to risk a lot, he even hurt himself trying to make up for the shortcomings of the bike.

"Sincerely, I don’t want to find myself in that situation. I would prefer to stay in Moto2 and win."

Marini is recovering from surgery on his left shoulder over the winter, which combined with the new 765cc Triumph engine that replaces the old 600cc Honda unit has left the Italian youngster feeling uncertain of his 2019 prospects.

Asked who he saw as the favourites for the crown, Marini named "[Brad] Binder, [Lorenzo] Baldassarri, [Alex] Marquez, [Xavi] Vierge [and Marcel] Schrotter".

He added: "Also I think [Jorge] Martin [who steps up to Moto2 after winning the Moto3 title] will be a rookie to keep an eye on, and there are some other interesting rookies.

"I must keep my feet on the ground, because I have lost a bit my advantage of experience that I have over the rookies, and also my physical condition remains to be seen.

"After the first test I can say a little more about my targets." 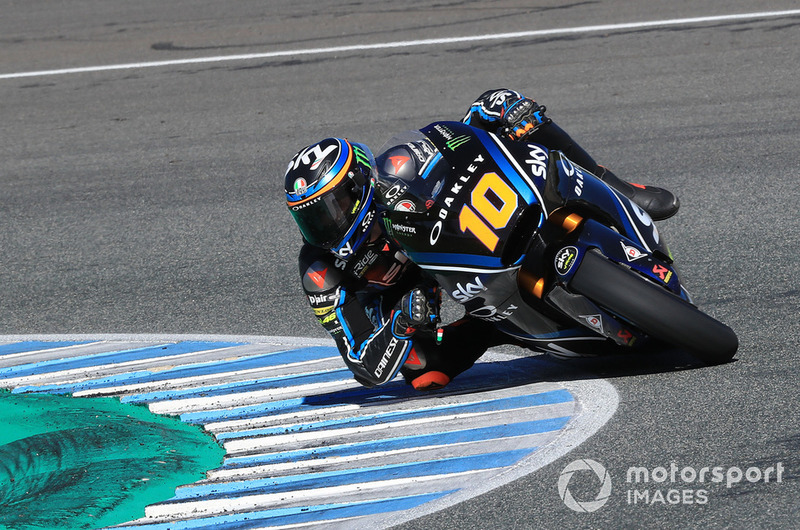