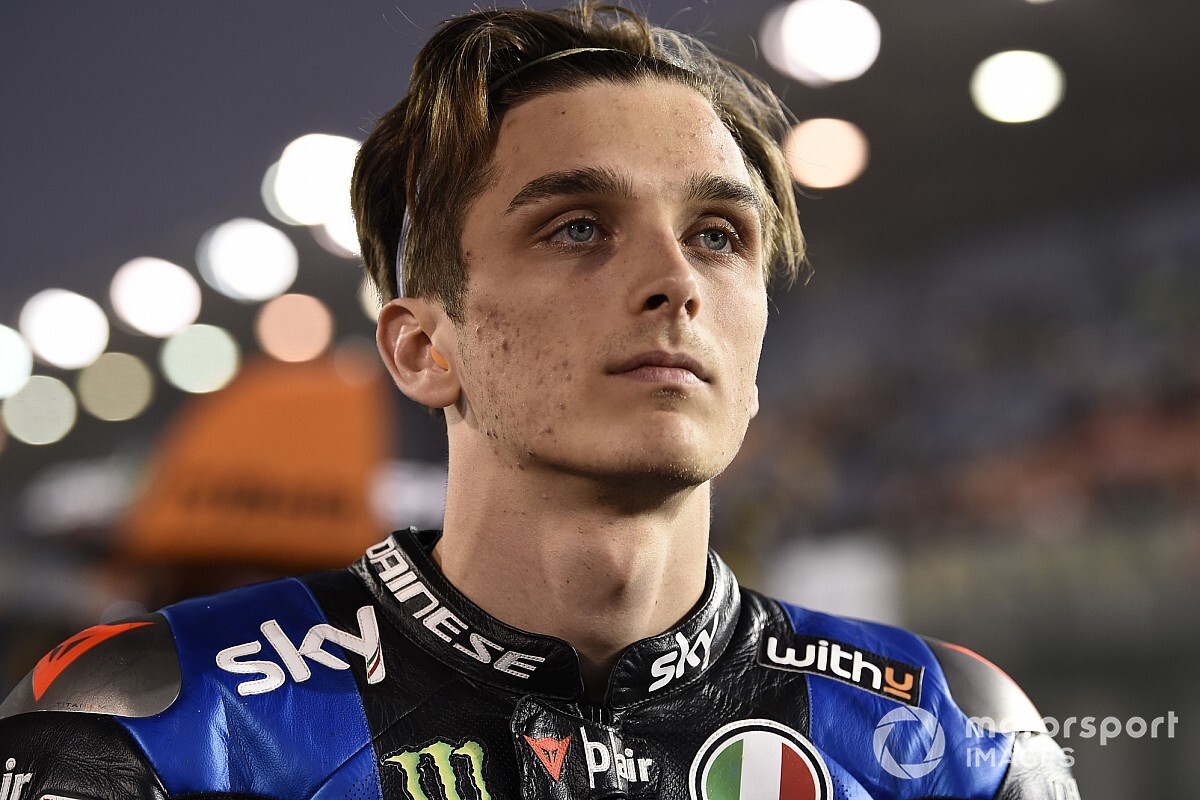 Moto2 frontrunner Luca Marini, the half-brother of Valentino Rossi, admits that his chances of securing a step up to MotoGP next season have been diminished by the global coronavirus pandemic.

Following a strong end to the 2019 campaign, Marini had been considered among the candidates to move up to the premier class from Moto2 in 2021, his chances theoretically boosted by his links to Rossi's VR46 Academy scheme.

However, the 22-year-old believes that the uncertainty caused by the COVID-19 situation will mean MotoGP teams will shy away from hiring rookies in 2021 in favour of the status quo.

"I think [the rider market] will be a little bit more blocked, because in the end we don't even know if we will be able to race in 2020," Marini told Motorsport.com.

"If I were a MotoGP team, I would try to leave things as they are at the moment."

Moto2 and Moto3 were able to commence their seasons in Qatar, but since then both championships have been placed on indefinite hiatus along with MotoGP, with the Czech Grand Prix in Brno in early August now the earliest racing is likely to resume.

"I am not in a hurry, sincerely; I like Moto2," Marini added. "I think it is a category that is growing a lot, increasing its value both because of the talent of the riders and the level of the bikes. This is something that I really like and it is also important for my future growth.

"The goal to get to MotoGP definitely remains, but I have to stay focused on Moto2 and get great results, because in the end it is only with the results that you can move forward."

Despite his obvious links to the Yamaha fold, Marini said he is open-minded about the manufacturer or team with which he ultimately makes the step up to the highest level.

"Right now I can see that the teams in MotoGP are all very competitive, there is no longer the gap that there was a few years ago," he said. "There are really a lot of riders within one second per lap and the whole grid is within two seconds.

"If I had the opportunity, it is clear that I would like to move up in class in a project in which I feel strongly involved, which gives me a lot of motivation, to try to show everyone that I am strong, that I am fast and that I can also enjoy myself in MotoGP.

"In the end, what we riders want is to try to win, to fight for results, because that is where the most beautiful emotions are felt. To go up just to say that I am a MotoGP rider, I think that is not anyone's dream. We all want to try to get results."

Marini's 2020 season got off to a difficult start in Qatar even though he led the bulk of the race, as he struggled with front tyre issues and faded from contention. Having slumped to 12th, he ultimately was taken out by Jake Dixon on the final lap.